On November 8th, 2014, Max L. of Maplewood, MN made a decision that would alter the state of his life forever.

Having struggled the previous three years with a series of health-related challenges, including emergency surgery for a kidney stone too large to pass, Max knew something had to be done, and soon. At the encouragement of his wife, Max decided to join LA Fitness with the hope of becoming physically active again. This was the first step back to reclaiming his quickly deteriorating health.

While Max had been very active in sports as a boy and young man, time seemed to have taken its toll. A worsening knee problem had deprived him of even the most basic of physical activities – walking. In June of 2014, Max was approved for arthroscopic surgery (a minimally invasive surgical procedure to help treat joint problems). At the same time, he found himself suffering from migraine headaches, a weight of over 200 lbs., and a waist that had expanded to 43 inches.

Max’s original goal was to lose excess belly fat. He hoped that by increasing muscle tone, combined with mild cardio, it would help shed the weight. He also knew from the start that he wanted a trainer to help guide and encourage him along the way to achieving his desired fitness goal. And even though Max had done some weight training in his youth, he had never been properly trained on technique, or, on how to build a properly balanced exercise regime. This is where the training came in; it offered both encouragement and accountability.

In April 2015, Max was partnered with personal trainer, Alex B. He originally started training once a week before increasing his sessions to double that. With the help of Alex, Max was able to achieve incredible results. In roughly a six-month period, Max went from benching around 140 lbs. to a maximum bench press of 265 lbs.! Not only did he start feeling better, but his waist had begun to shrink too. However, like so many others, Max had a hard time making the commitment to a total life change and found himself not noticing a difference in his overall weight. 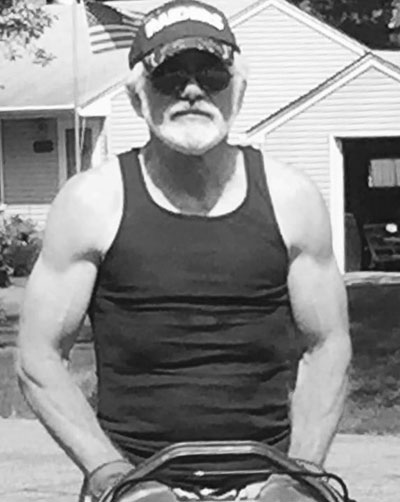 “Get off of sugar. After a few weeks, your palate comes alive; the veggies you didn’t like become very tasty.” 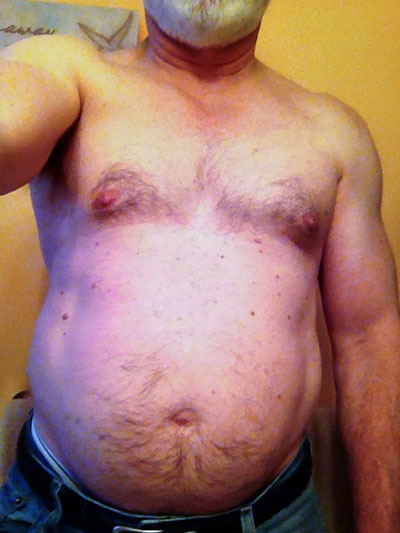 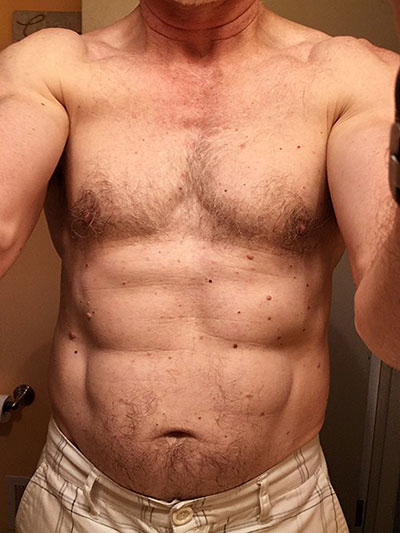 Over the years, Max tried countless diets that failed to produce any long-lasting results. But in January 2016, Max found himself so disgusted with the way his clothes fit, that he made the commitment to radically change his nutrition. It was with that determination and focus that he noticed the weight and fat start falling off. Between January and August of 2016 Max lost roughly 30 lbs., his waist went from 41” to 36” and his total body fat fell from 29% to 20%! He also began developing noticeable muscle definition in his arms and shoulders. But what he found best of all was the fact that he could fit back into size 32 pants for the first time since his 20’s!

Max shared that his transformation has done wonders for his self-image. His dramatic change has also influenced members at his club who feel inspired to make positive changes themselves after seeing what he’s accomplished. Because of Max’s perseverance and drive, he is now off two of his blood pressure medications, his good cholesterol is up, and the bad cholesterol is down!

Where Is He Now?

Max continues to train twice weekly with Alex.  His current fitness goal is to get his waist down to 34” and his body fat to 15%. Max thanks his trainer Alex for the progress he’s made and says, “I know I could not have done this transformation on my own.” 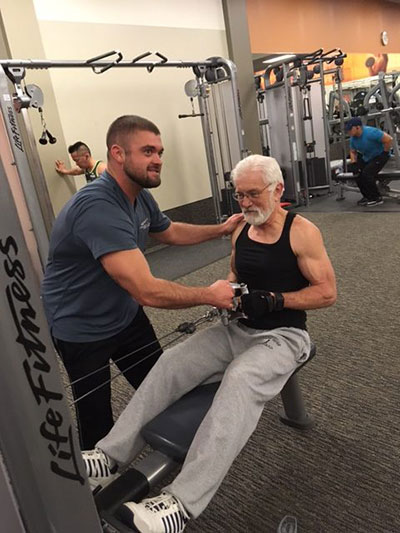 A Word From His Trainer

“I have trained Max for nearly three years. He’s had to overcome some obstacles along the way. At the start he was battling migraine headaches and vertigo and still hobbling from arthroscopic knee surgery. He could barely do pull-ups and only managed 140lbs on the bench press. But in time he started getting great results. In addition to losing nearly 30lbs his strength has increased, reaching 260lbs in the bench press and 25 pull-ups. I don’t recall ever seeing a 67 year old do that. He’s a great example that age is not a barrier or an excuse. Of all of Max’s successes I think the biggest is that he enjoys coming to the gym, and I believe he’ll stay at it for the rest of his life. As trainers our job isn’t just to take people through workouts but also to create a positive experience for the member in the gym so they will continue to train and develop. Max has been that guy and he is a great inspiration to other members who’ve watched his transformation.” – Alex B. 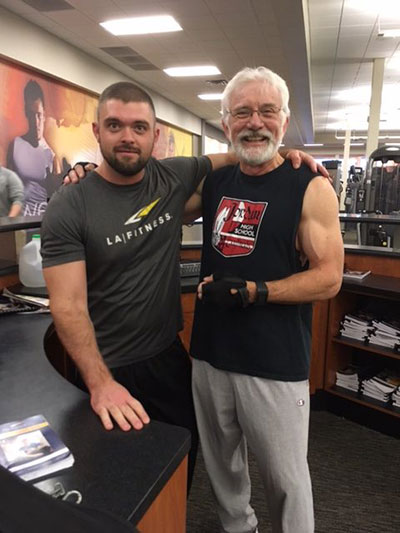 If you have any questions on how you can get started in Pro Results® Personal Training please click here.

THANK YOU to all of our members and staff that hav

🚨Our sister gym, @clubstudiofitness is running

Madness on my mind! @Joemoravsky sent this shot in