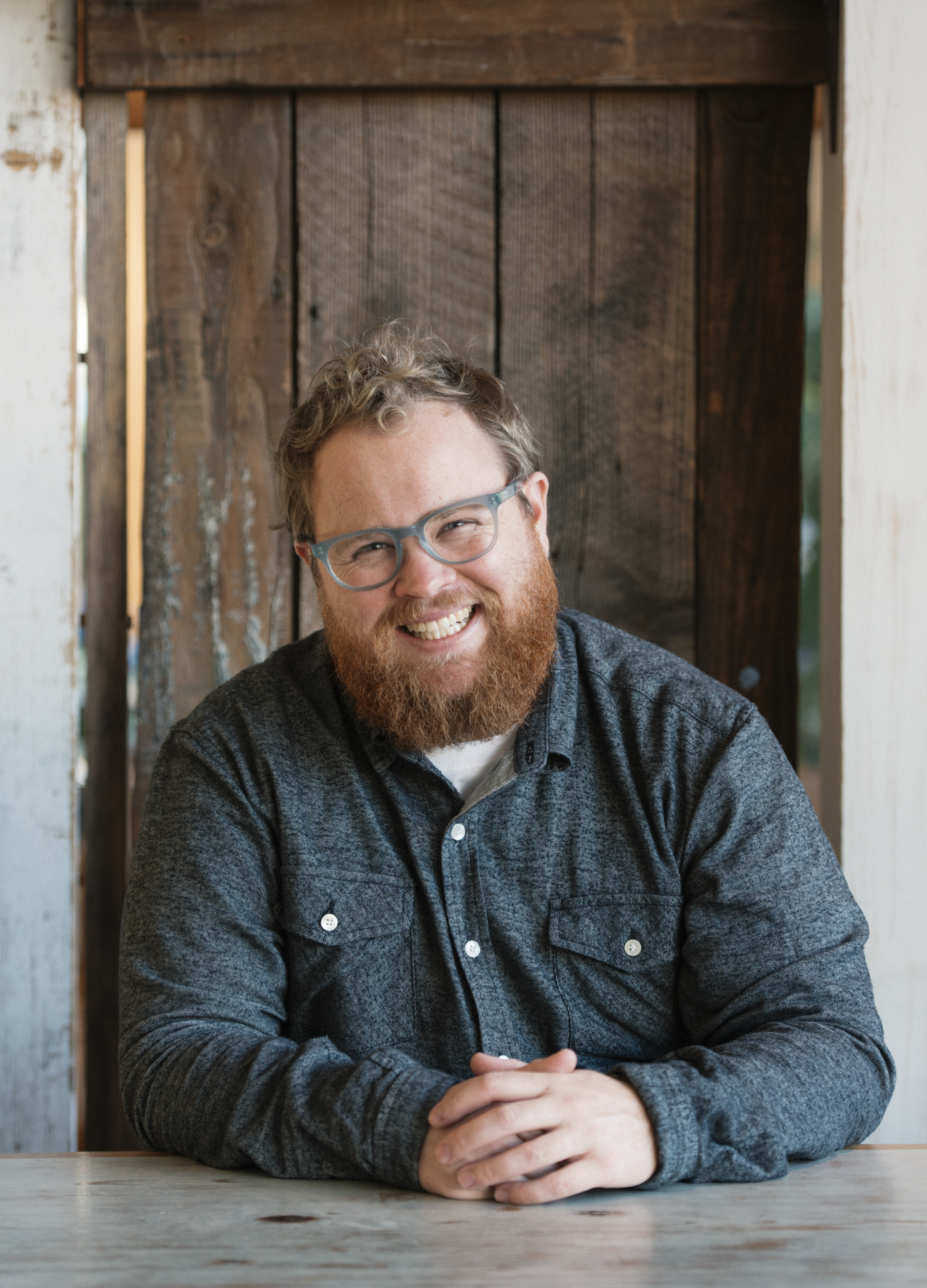 Q: What is it about Café Flora that makes it unique to alternative healthy dining experiences?

Nat Stratton-Clarke: Cafe Flora has been a local favorite since we opened in Seattle in 1992. At that time vegetarian dining was seen as just brown rice and vegetables, we flipped that and showed our guests how textural, interesting and delicious vegetarian cuisine is. Our chef team has always worked creatively to bring in flavors from all types of cuisines, this keeps things interesting and so flavorful.

With Floret by Cafe Flora now open at Sea-Tac International Airport we have the exciting opportunity to do the same thing with travelers and share with them our delicious variety of breakfast, lunch and dinner items for both sit down and grab-and-go. They can enjoy real, healthy foods that taste amazing and just happen to be vegetarian. Also just because we are located at the airport doesn’t mean we changed our ways, we worked hard to get our farm partners “badged” to deliver to the airport so we can offer the same fresh, local produce our guests have come to know and love.

Q: How often does the menu change at Café Flora?

NSC: Our menus change seasonally so about four times per year. This allows us to plan with the seasons and for our local farmers to showcase what is fresh from their farms right now.

Q: What would you like our readers to know about adopting a more plant-based diet?

NSC: It is easier to do than you think. Dining at Floret and Cafe Flora gives our guests inspiration for when they are cooking at home. Our chef team is incredibly creative and people leave realizing there are easy ways to make delicious food that doesn’t involve animal products but is filling and packed with flavor.

Q: Why is it important for people to buy local and use sustainable ingredients versus buying from bigger grocery chains?

NSC: We have worked with local farmers and purveyors since the beginning of Cafe Flora. You not only support these hard-working folks but you support a whole community of jobs in your backyard when you buy local. And of course, it’s good for the planet. I grew up in Berkeley, CA during the Alice Waters farm-to-table movement and my family made weekly trips to the farmers market to purchase food for the week. It was what you did and it felt so natural to support what was being grown, baked and prepared right in our community. It’s something I’ve always been passionate about and it excites me to do this on a larger scale with Floret and Cafe Flora and really help other small farms and businesses thrive.

Q: What is your current favorite dish at Café Flora?

NSC: I love our Oaxaca Tacos available at both Cafe Flora and Floret. They are the most brilliant combination of flavors and textures from the cheesy mashed potatoes in crisp corn tortillas to the black bean stew, fire roasted salsa, and lime sour cream. Also, our vegan cinnamon rolls are a crowd favorite and we’ve brought our same recipe to Floret for travelers to enjoy on the go! 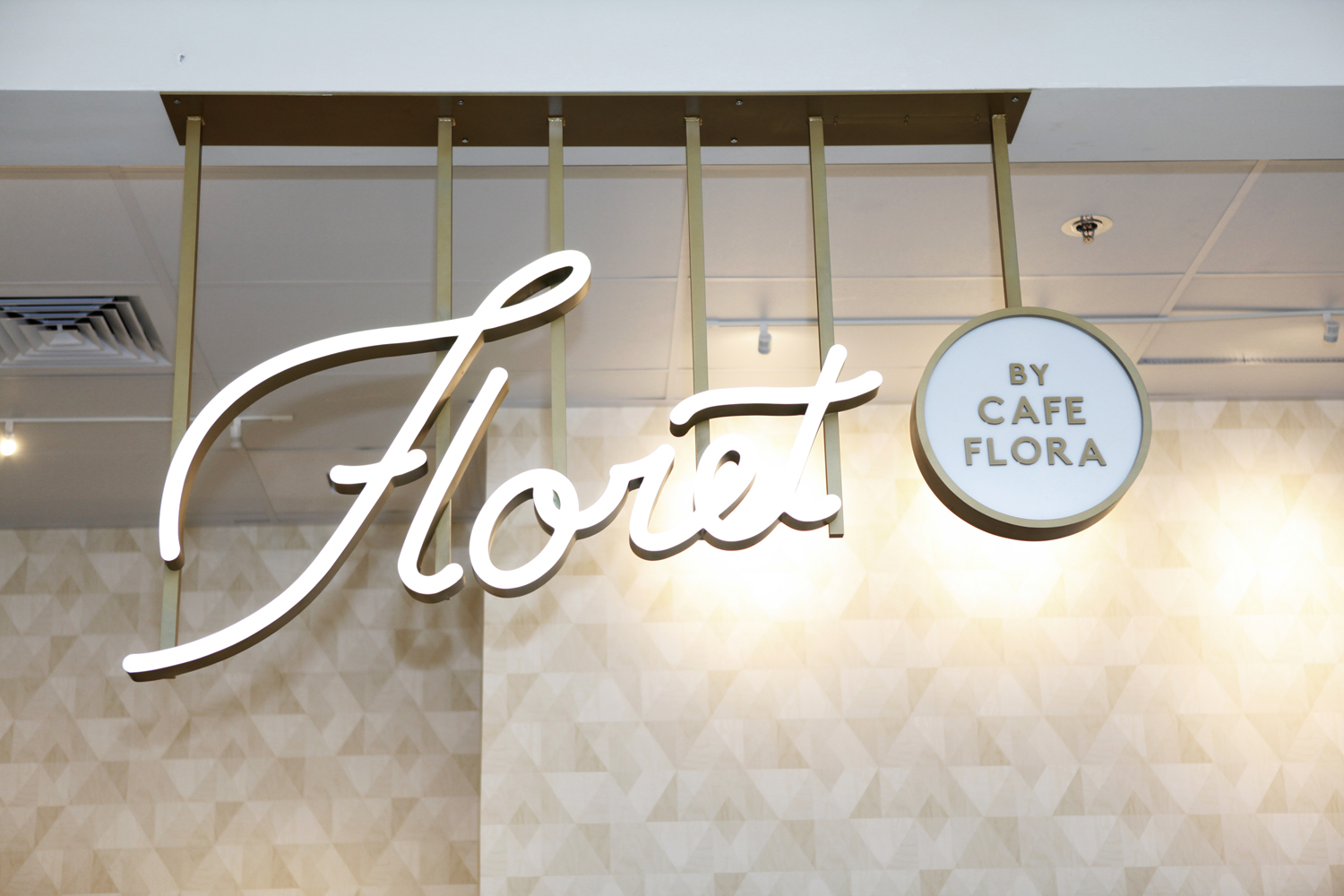 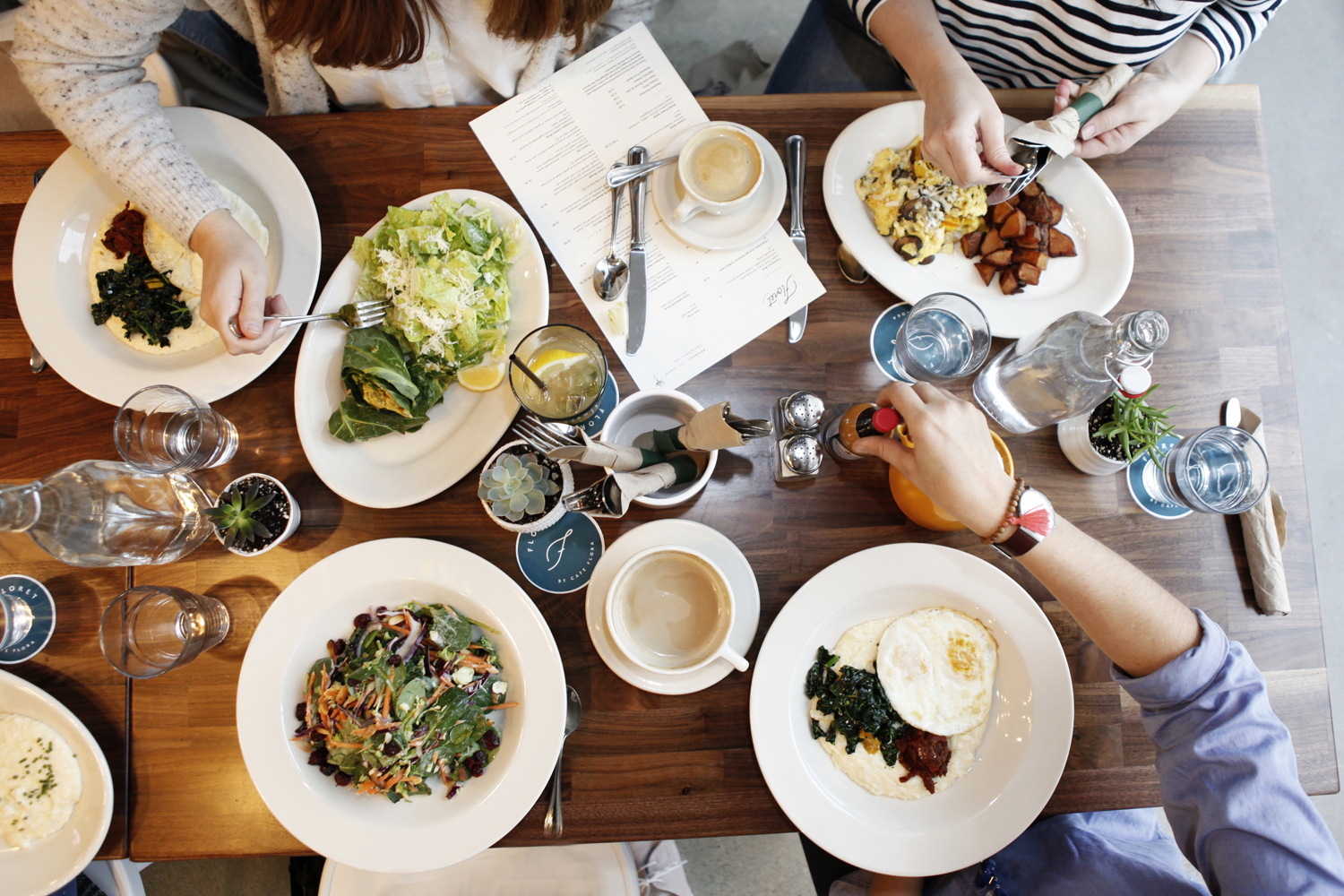 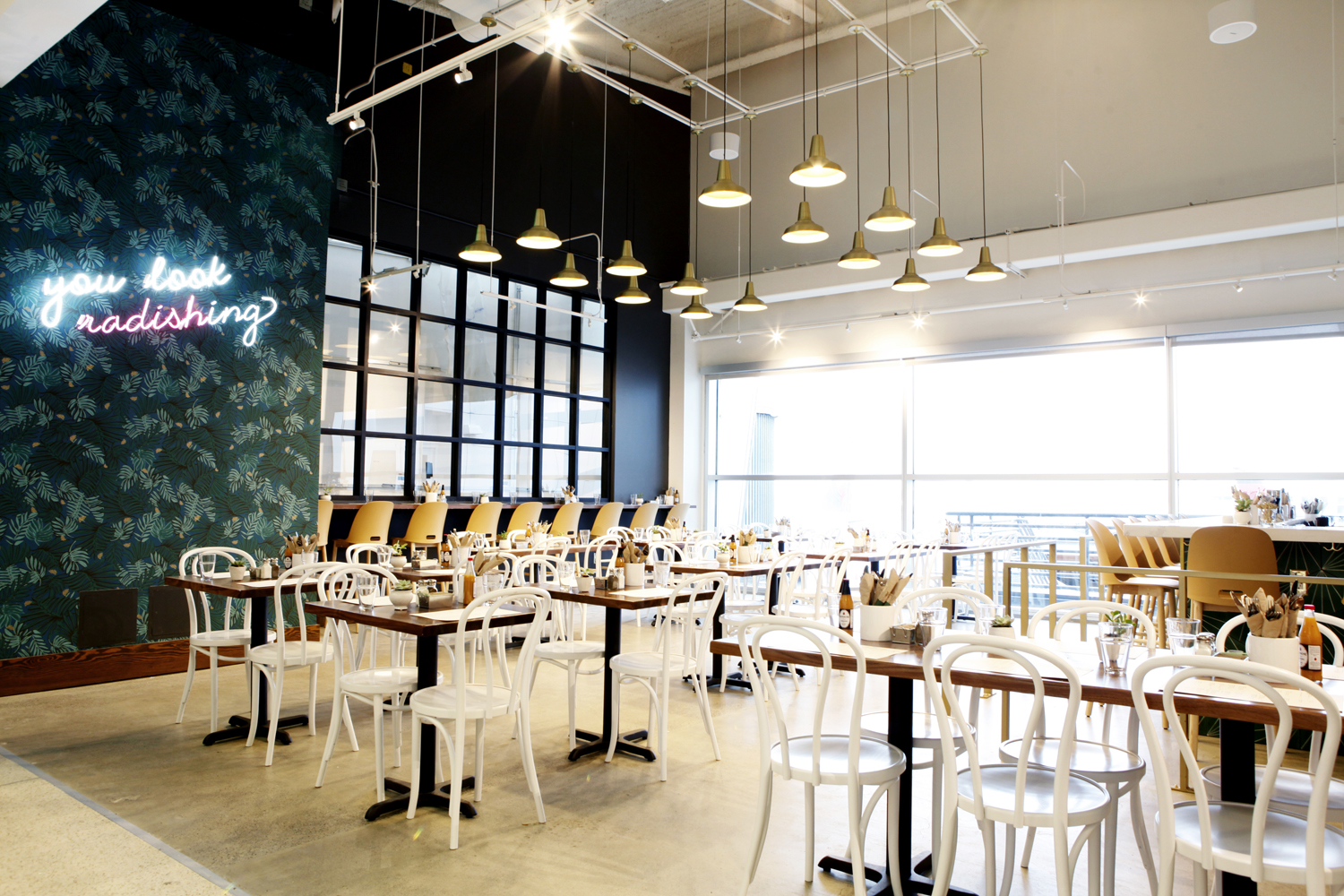 Cafe Flora is located at the following location:

Cafe Flora is located in Seattle’s Madison Valley neighborhood at 2901 East Madison Street. Open Monday-Friday at 9 a.m. for breakfast, lunch and dinner with weekend brunch from 9 a.m. – 2 p.m. and dinner at 5 p.m. Menus and additional details at cafeflora.com.

Floret by Cafe Flora is located at Sea-Tac International Airport between A and B Terminals and is open daily for grab-and-go from 5 a.m. – 9 p.m. and dine-in from 6 a.m. – 10 p.m. both offering breakfast, lunch and dinner items. Full menus available at floretseattle.com. 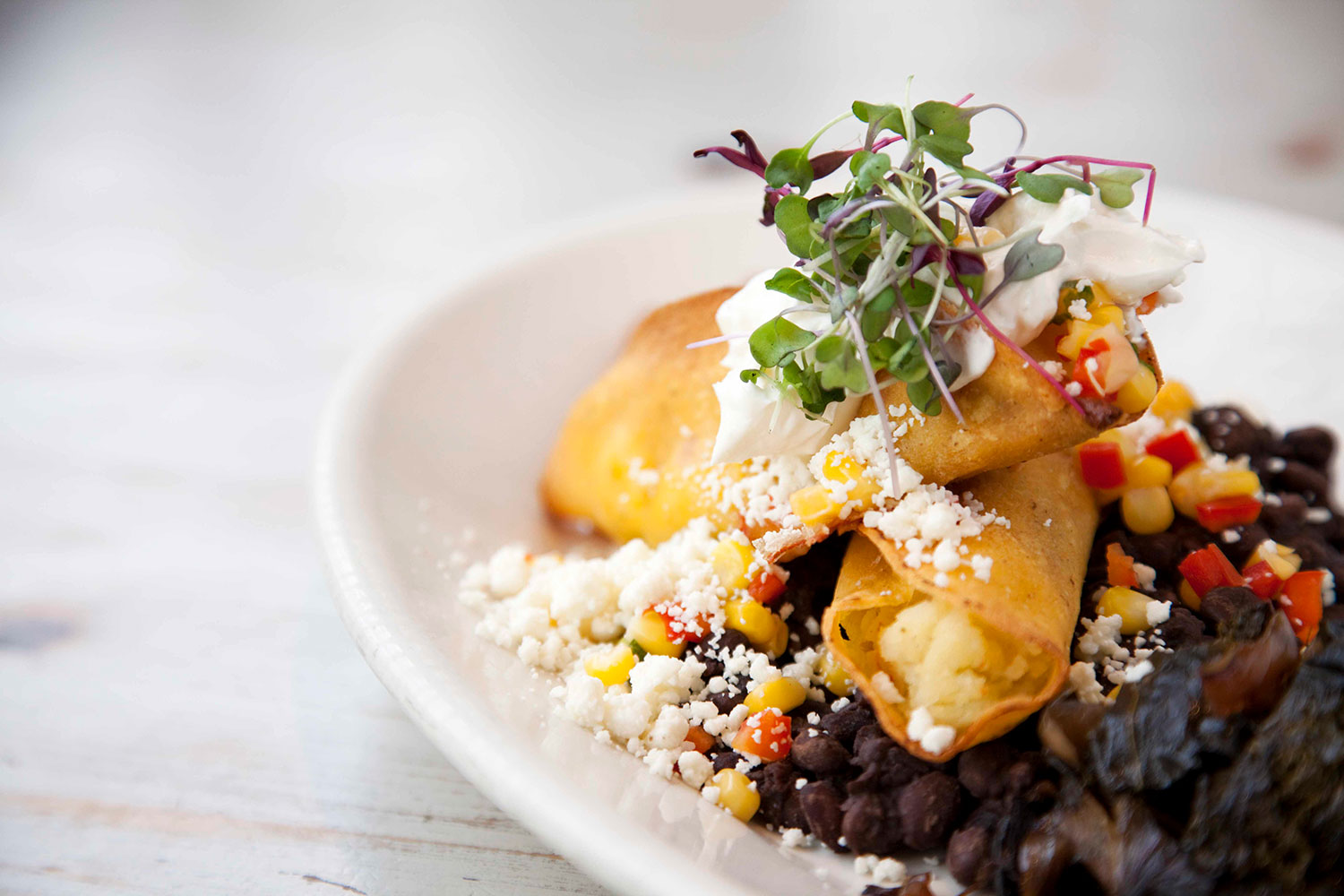 For the Black Bean Stew

Step 1: Cook the beans. If using dried, soaked beans, drain them and put them in 5 cups of boiling water. Reduce heat to low and simmer, partly covered until the beans are tender, but still hold their shape, about 1 ½ hours. If using canned beans, drain and replace with 1 cup cold water. Combine the cooked beans with the corn, garlic, cilantro, red pepper flakes, cumin seeds, chili powder, oregano, brown sugar and salt and simmer until the flavors are blended, about 15 minutes.

Step 2: Cook the potatoes in just enough boiling water to cover until they are tender, about 20 minutes. Then mash the potatoes with butter and salt and keep warm. In a small bowl, combine the cheeses and red pepper flakes and keep them nearby.

Step 3: Preheat the oven to 400 degrees and have ready a baking sheet or roasting pan to hold the tacos. Heat 1/8 inch of vegetable oil in a skillet over medium-high heat and soft-fry the tortillas, without allowing them to become crisp, one at a time. (The tortillas should be oily and soft so they will crisp in the oven after they are filled.)

Step 4: Fill each tortilla with 1/3 cup of the mashed potatoes, 1/8 cup of the grated cheese mixture and a generous tablespoon of the chopped pepper. Roll the tortillas around the filling and secure them with toothpicks. Arrange the tacos in a single layer on the baking sheet or roasting pan and bake until the cheese has melted and the tortillas are crisp, about 18 minutes.

Step 5: While the tacos are baking, steam the chard in a covered pan over a small amount of boiling water until just tender, about 5 minutes. Puree the garlic with lemon juice and olive oil, and season with salt and pepper, then toss it with the steamed Swiss chard. 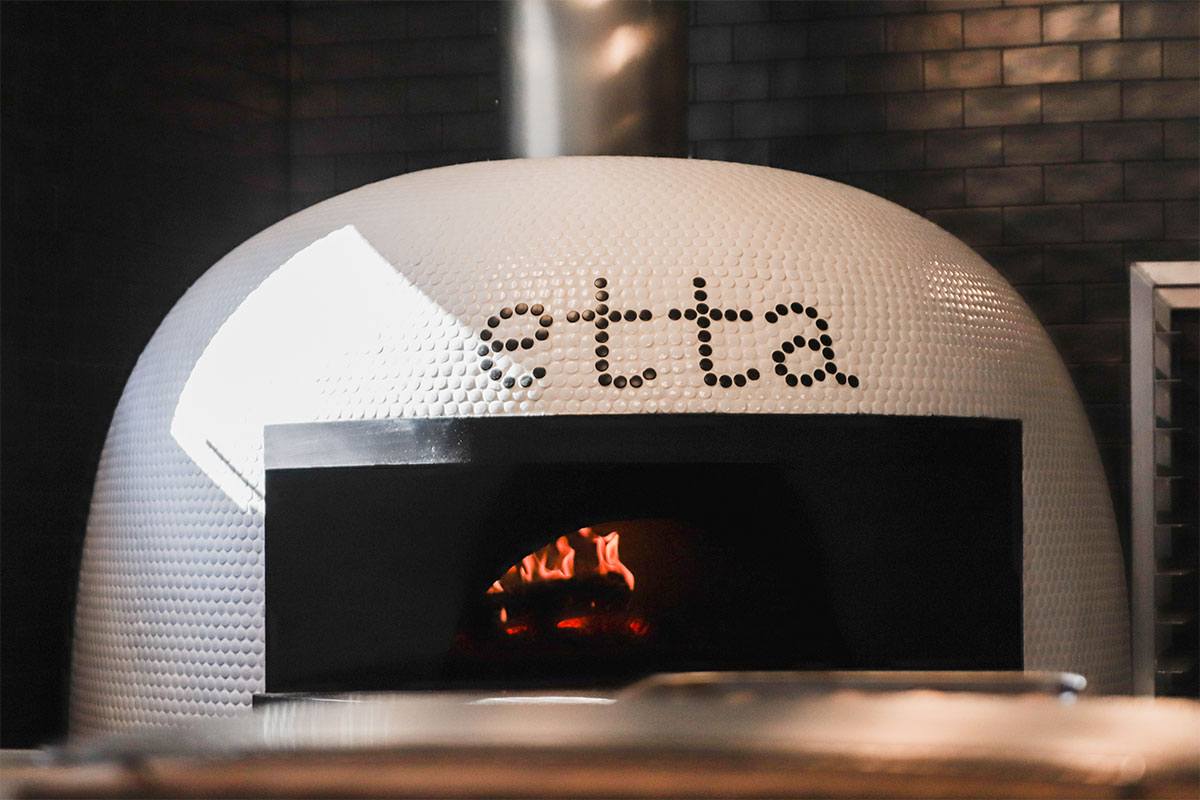 Award-winning Chef, Danny Grant of Chicago’s etta, shares a light and healthy recipe you can easily whip up just in time for your next summer potluck! 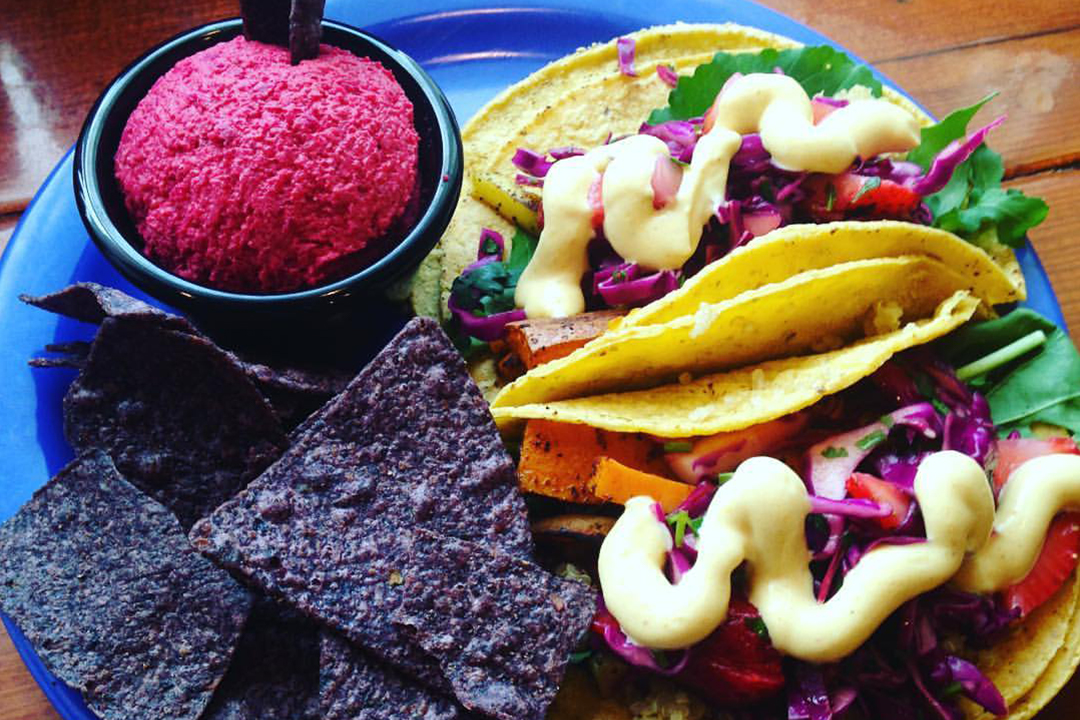 Sweet Potato and Black Bean Tacos from The Wild Cow

Sweet Potato and Black Bean Tacos from The Wild Cow

Chef Ryan Toll, of The Wild Cow, shares his vegan-friendly recipe with us for Sweet Potato and Black Beans Tacos. Whip this up quickly for tonight! 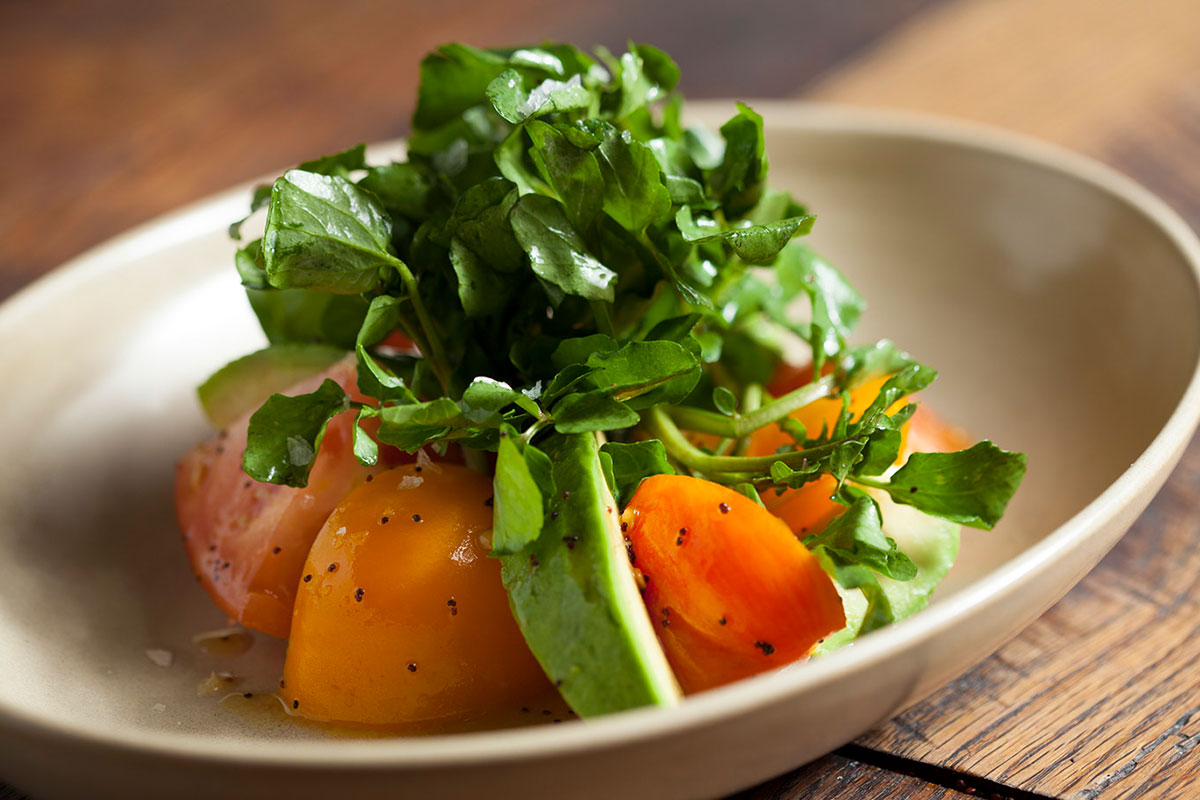 Chef Brian Okada of Water Grill shares his recipe for Tomato Avocado Salad with a light Poppy Seed Dressing. It's quick, it's easy, healthy and tasty!