Mason Jars became popular in 1858 when John Landis Mason invented an alternative for food preservation that was easier and more effective than the current methods.1

Before these versatile glass containers became used for everything from food storage to decorative flower vases, they were the hottest new design that simplified your kitchen creations.

The biggest innovations were the airtight lid that kept air, bacteria, and bugs out of your food, and the clear glass that allowed you to view the contents without having to break the seal.1

Today, these jars have more uses than we can count. In observation of National Mason Jar Day, we’re giving you a list of 10 ideas to put your mason jars to good use. 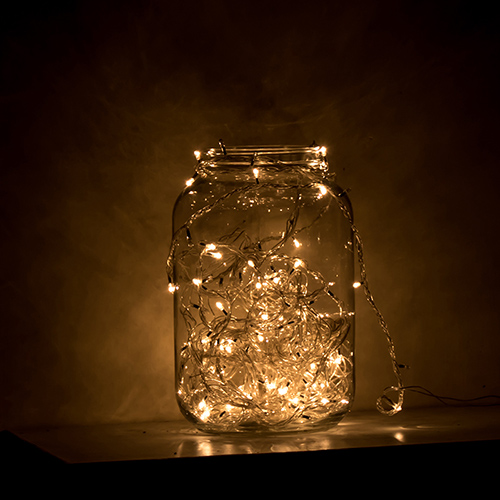 A simple string of lights can be bundled and placed inside a mason jar for a DIY nightlight. The result of this easy project is a warm household addition that is reminiscent of catching fireflies in a jar.

Don’t be fooled by the utility of a nightlight either! They can be great tools for better sleep because they disrupt your circadian rhythm less than a light of regular brightness. 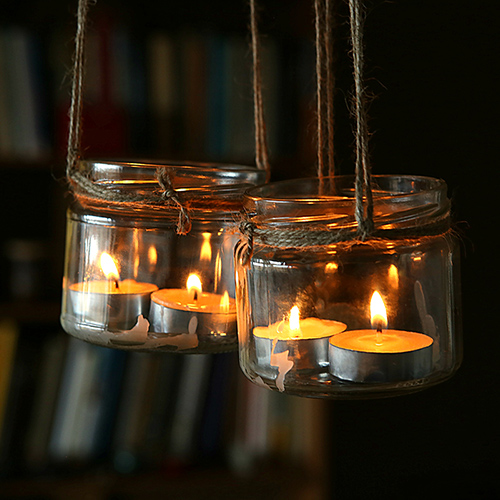 Use these jars without the lid to craft some rustic candle holders. All you need are a few tealight candles to take these jars from ordinary to beautifully functional.

Use them for a romantic evening in, as evening party decorations, or as accents on your holiday table setting. 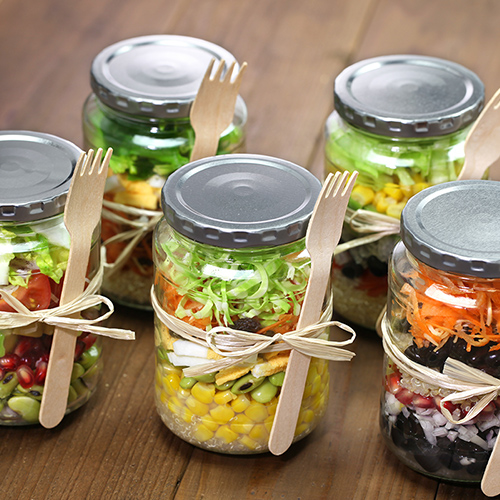 When building a salad in a jar, the results can be colorful and appetizing, but does it work? Our guess is that it can be helpful to have a glass jar, especially if you like to use acidic salad dressings. The glass won’t absorb and pass along the flavors to your next meal and the airtight seal can help keep your veggies fresh. 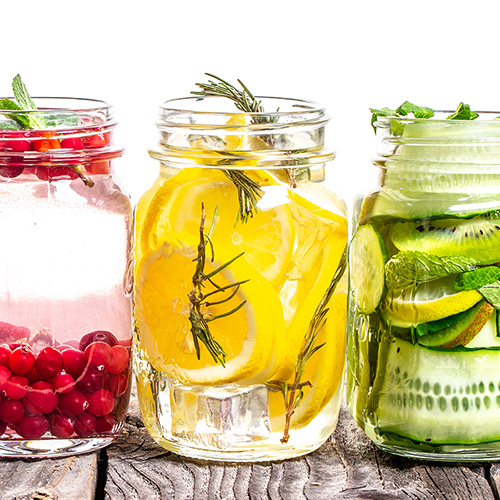 Water is necessary for our bodies and for some reason we can be very good at depriving ourselves of it. Fortunately, someone decided it would be a good idea to infuse water with the fresh, crisp flavors of different fruits and herbs.

Now that we’ve been enlightened, we can enjoy the refreshing relief of a cool drink of water in dozens of flavorful ways. Mason jars are, again, a great way to infuse your water because they are compact and can also serve as your drinking glass. 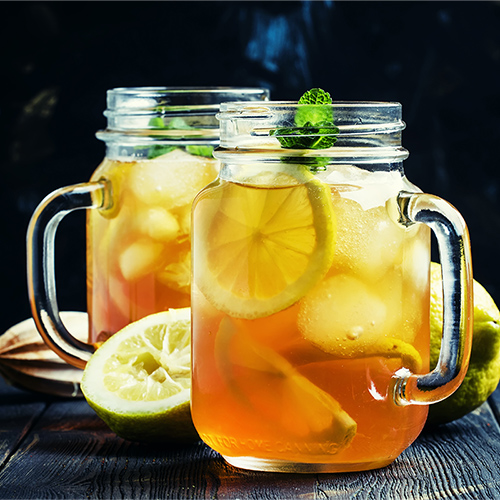 Iced tea is made even simpler by using a mason jar because it can be prepared overnight. You can steep a tea bag in cold water, refrigerate it the night before, and it’ll be ready for your grab-and-go morning.

Cold brew coffee concentrate can be diluted with water and then mixed with cream, sugar, and any spices you like to customize your drink. This one may not taste the same if prepared the night before but using a glass mason jar is a fun way to show off your expert coffee making skills. 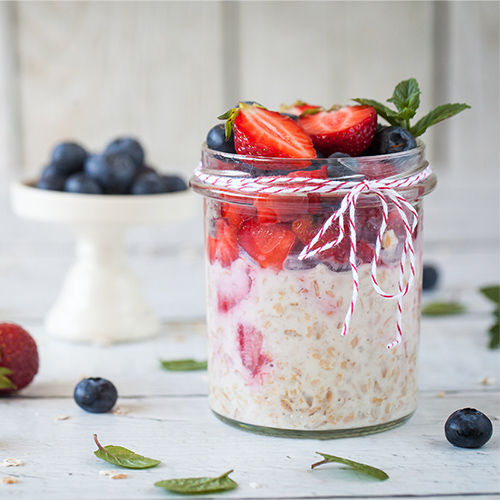 While we’re on the subject of overnight prep, overnight oats are another great option. Not only do they have a lot of great health benefits, you can take their flavor in so many different directions. You can also layer some fruit, yogurt, and granola for another tasty morning meal. 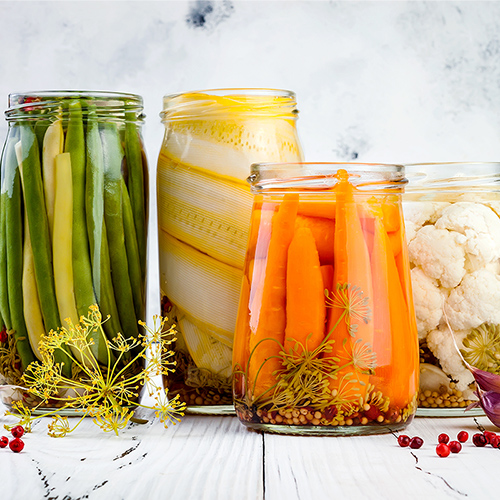 We can’t talk about mason jars and ignore what they were initially invented for. Take “homemade” to the next level and try making your own pickled fruits and vegetables, and toast-worthy jams.

If you “quick pickle,” you’re essentially soaking your chosen fruits or veggies in a mixture of vinegar, water, and salt. This method requires you to refrigerate the jars. To properly pickle, the process is more labor intensive and requires a lot of boiling, transferring, and testing. This step-by-step instruction by Epicurious can help you pickle pickles that can be stored up to 1 year without refrigeration. 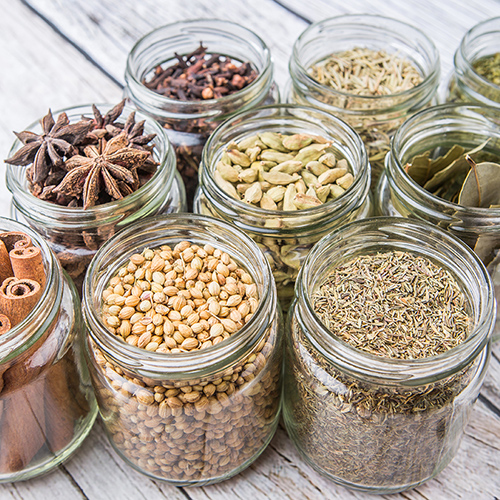 Dry or Fresh Herbs and Spices

Dry herbs are great to buy in bulk because they will keep for a long, long time. Store them in small to medium sized mason jars to easily see what you have on hand and for simplified stacking in your pantry or cupboard.

You can also use the jars as mini planters where you can keep fresh herbs to grow in your kitchen. Be careful not to over water them because, as you know, mason jars don’t have holes for water drainage. You don’t want to risk root rot and you probably don’t want to try creating your own holes in the jar. 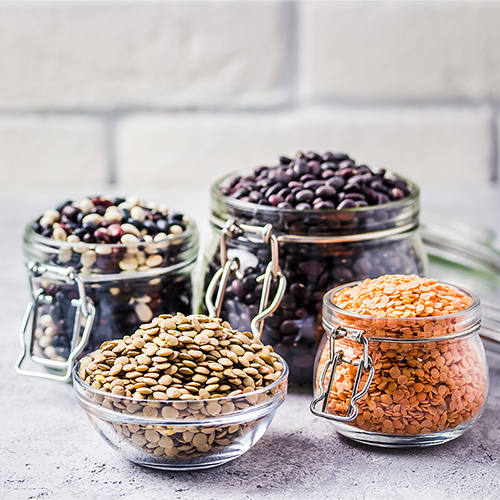 Preserve the crunch of nuts and seeds and the freshness of rice and beans by storing them in a mason jar. These can also be purchased in bulk, and if you’re trying to minimize your impact on the environment, you may already have reusable grocery bags. Make sure your grocery bags are available for your next shopping trip by storing your previous purchases in mason jars! 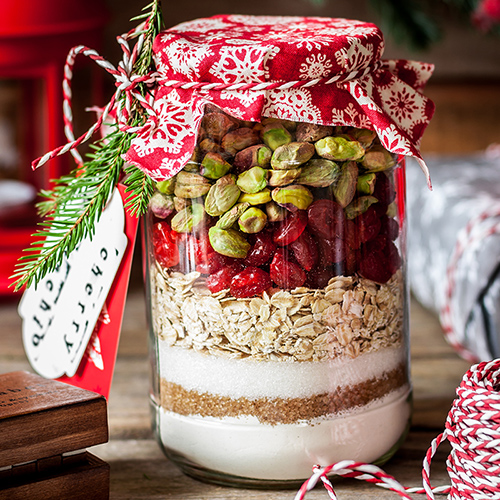 Do you have a recipe everyone loves, and you’d like to gift the tasty treat without giving away your secret recipe? Assemble a festive mason jar complete with all the ingredients for your famous hot cocoa, brownies, cookies, or other baked good.

This works best when you have dry ingredients because you won’t need to refrigerate your gift. Making these yourself, as opposed to buying the store-bought versions, is also great because you can substitute high calorie ingredients and sugar for other components. You can still gift the flavors of the season but without compromising your own or the health-conscious lifestyle of your recipient.

For more snack time ideas for your mason jar, check out our dietitian’s suggestions to this reader’s question about energy-boosting snacks. To access our monthly blog post highlights, subscribe to our newsletter today!