November 5th was American Football Day. This year, the regular football season runs from September 5th to December 29th. Your favorite players have been training hard, and whether you’re a die-hard fan or you watch only for the half-time show in February, it’s easy to appreciate the feats of athleticism that take place in every game.

Football players need an impressive amount of strength, cardiovascular endurance, stamina, speed, and agility. If you want the physique and athleticism of a football pro, you’ll need to train like one!

Here are 5 exercises that will work your muscles hard and test your physical limits.

5 Workouts That Test Your Limits 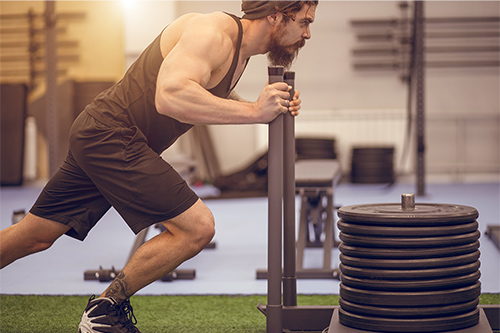 The most recognizable exercise we see football players do in training is the sled tackle. You may not need to be tackling anyone, but the principle of the movement is to learn how to dig deep and use your legs to drive your body forward. A Prowler Sled can be loaded up with weights to intensify your workout and focus your energy without the impact of a tackle.

Alternatively, you can pull the sled with a rope attachment, much like you would pull on a rope in tug-of-war. This flips the focus from your lower body to your upper body and helps you develop a killer grip-strength. For catching a football, rock climbing, scaling a ladder, or opening a jar, having a solid grip is an indicator of good, overall strength. 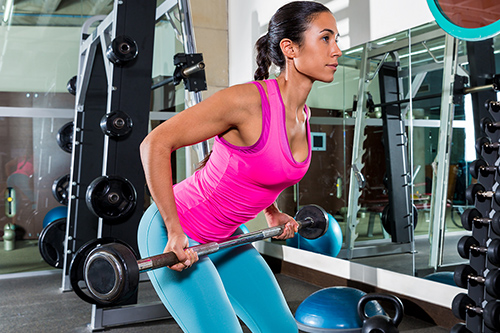 The Golden Rule of Equation Solving, and what should be the golden rule for exercise: What you do to one side, you must do to the other. Many people will focus only on ab workouts thinking that’s how they’ll get a shredded six-pack. Your back muscles, however, are very much a part of your core strength and stability. Having a strong back enables you to perform other exercises more safely and with more strength and power.

Rows are pretty versatile and can be done with a rowing machine for cardio, or with a barbell or TRX cables for strength building. For total-body fitness, make sure to focus on all the muscles in your body instead of just the ones that receive a lot of hype (like abs, biceps, and glutes). Football athletes don’t want to have any weak points so they can take a fall or a tackle and get back up to go again. Your weekly training regimen should aim for the same comprehensiveness. 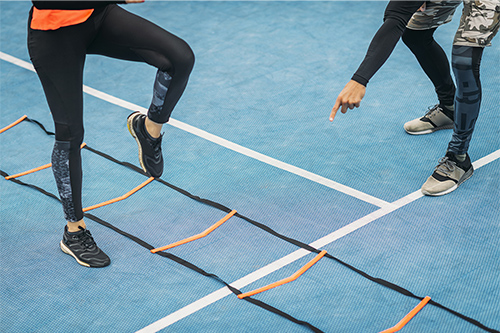 Put your speed and agility to the test with agility ladders and do a lot of great things for your ankle strength as well. This is another easily recognizable drill. You may have seen it in training sessions for football, soccer, rugby, and other sports that require quick and precise maneuvering.

An agility ladder is a flat ladder with evenly spaced rungs. You essentially use it to mark the space on the ground where you will step in, out, and around the lines as quickly and as accurately as possible.

To zero in on the agility component, you’ll need to make a point of targeting your ability to stop, start, and change direction with a high response time. This can make for an interesting and focused workout if you have someone calling out direction changes and various instructions to keep you literally “on your toes.” 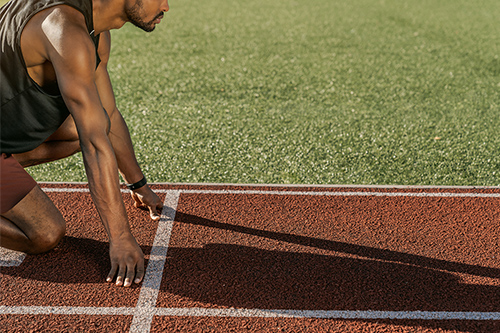 If you can do a pull-up with added weight, doing a pull-up without it is a whole lot easier, right? Athletes practice under the same principle. In training, they put their bodies through the toughest conditions so that game day feels like child’s play.

One of their most important assets is their cardiovascular and respiratory endurance. The ability to run up and down that field with the added weight of all the padding and gear, takes a lot of serious conditioning!

Suicide Sprints involve sprinting to and from a series of spaced markers. The idea is to sprint to the first marker, touch it, and then sprint back to your starting point. You’ll immediately, sprint to touch the second marker, and then back again to your starting point. You continue doing this until you’ve run to and from all the markers. You can increase the difficulty by adding more markers or setting them farther apart. After giving this exercise a try, you’ll understand the reason for its grim naming. 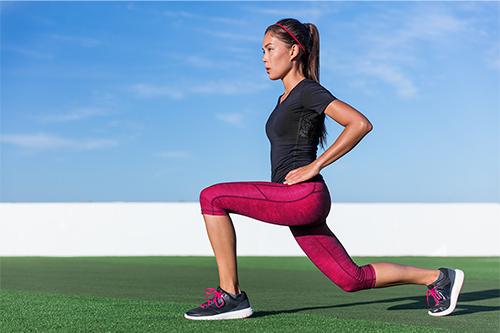 Another great cardio exercise is walking lunges. With your legs doing most of the work, the work of this large muscle group will have you sweating in no time. This exercise hones-in on your quads and glutes and will teach them to endure prolonged use.

To focus more on strengthening your leg muscles, you’ll need to progressively increase the amount of weight they need to move. You can do this by holding dumbbells or wearing a weighted vest as you go.

For tips on getting your mentality into gear for your workout, read about how you can Approach Your Workout Like an Athlete at Practice. Or, hear from Matt Harrison, LA Fitness member and an elite athlete, on Episode 12 of our Podcast. He shares what changes he made to his lifestyle to go from ordinary to extraordinary. To access our monthly blog post highlights, subscribe to our newsletter today!