“Consistency is key; Changes do not happen overnight so do not give up. Start with small changes outside the gym…little changes turn into big results.”

Nick’s weight loss journey began with the 8-month birthday of his son. He changed his workout and eating habits over the course of the last year and managed to lose over 100 pounds!

His motivation came partly from witnessing the success of others who have lost as much weight and more. So, if your goal seems too ambitious and you’re plagued with self-doubt, Nick’s story will show you that with consistency and commitment, big results are possible.

“I decided to make a healthy lifestyle a choice when my son became 8 months old and I was too tired to interact and play with him. I knew that if I wanted to be strong enough to provide for my wife and son, something needed to change.

At that same time, I found a channel on YouTube called BrixFitness where I saw that a man had lost 150 pounds. I thought to myself, if he can do it, I can too. The next day I went and got a membership at LA Fitness. A week later, I showed up to the gym at 5am and I have been going at 5am, 5 days a week for the last year.” 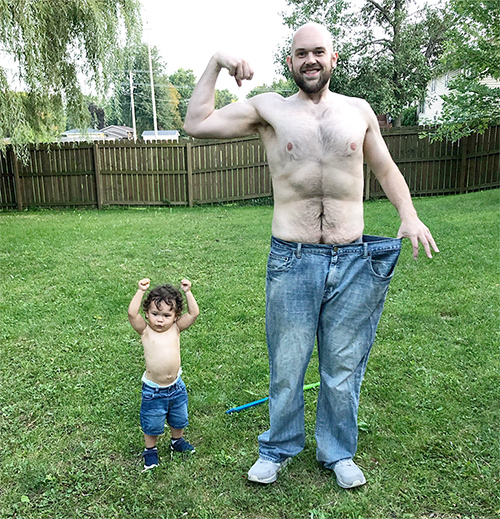 Commitment to the New Lifestyle

“I have made many eating and drinking changes which have helped drive my progress in the gym, and I am seeing major results. I am more conscious of the labels on the food I eat along with the portions. I even started measuring and weighing my food.”

If Nick could give others a piece of advice, he would tell them that “Consistency is key. Changes do not happen overnight so do not give up. Start with small changes outside the gym like drinking diet soda versus regular soda or eating a protein bar instead of a candy bar. Little changes turn into big results.”

Nick started this journey at 332 pounds and, as of today, he is currently 230 pounds. With his primary focus on weight training and diet over the course of the last year, his plan is to continue that and start integrating more Cardio and Core sessions to continue shaping his body.

He says that his “ultimate fitness goal is to do one pull up as [he has] never done one in [his] entire life.” We’re rooting for you Nick! 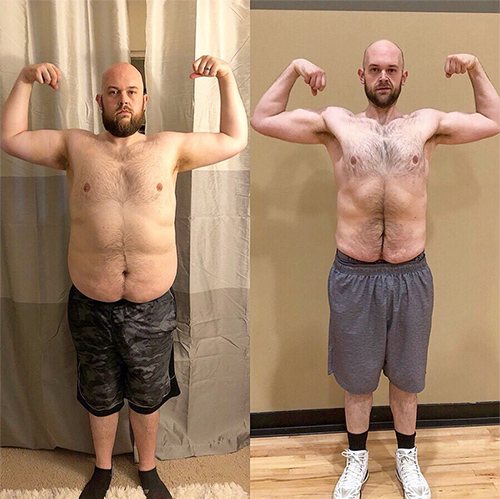 For length and clarity, minor edits – none of which alter the original or intended meaning – have been made to the quotes provided.

Keep at it and you'll see the results you want in

❤️ if you are getting in one more workout befo