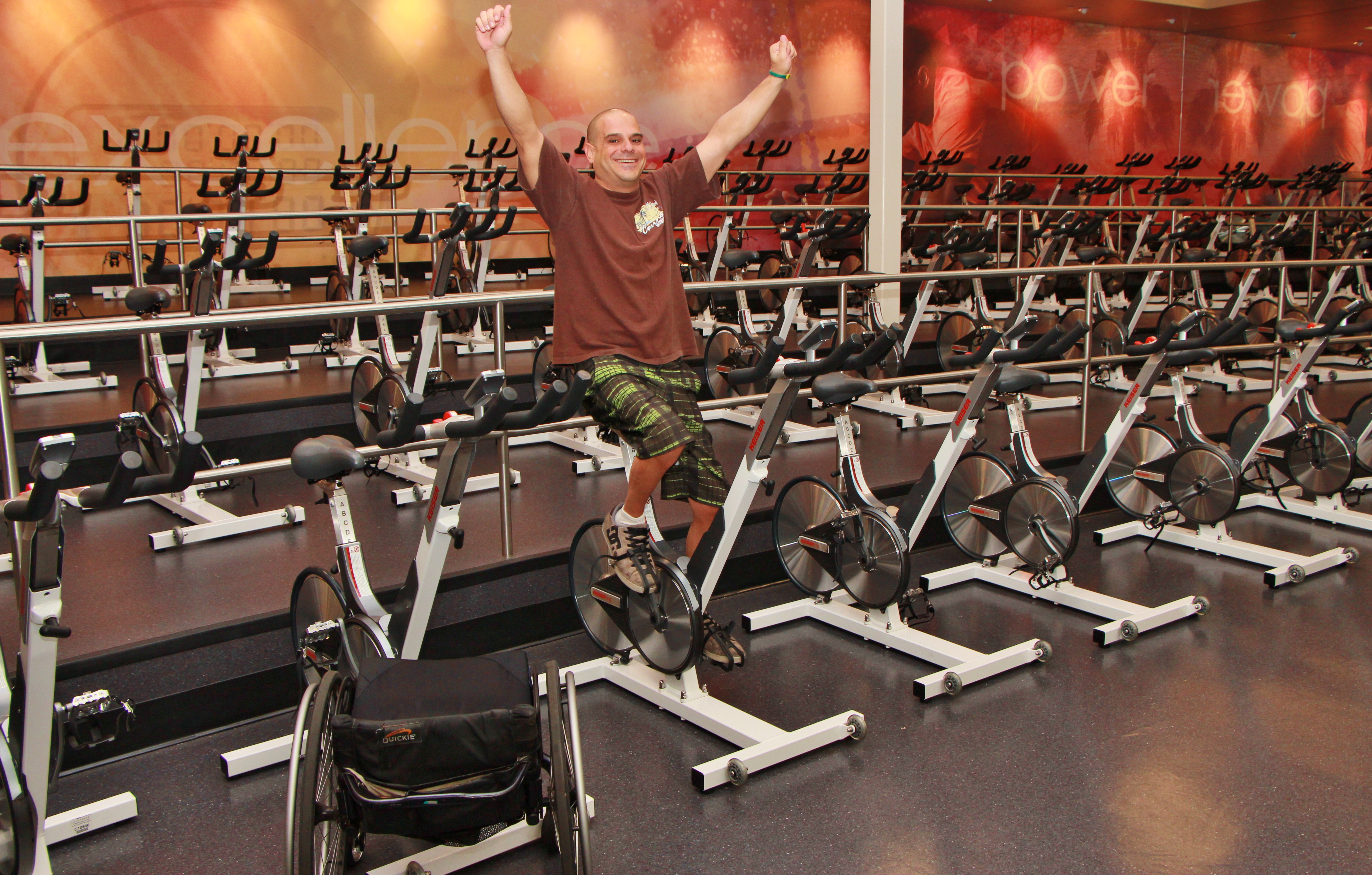 “My doctor said I would never be able to walk again,” Joel explains during an interview as he sits on a bike in the cycling class room of an LA Fitness in Oceanside, California.

So how did he end up getting on a bike and taking a cycling class?

After several years of ups and downs pertaining to his life situation, and diminishing levels of health and fitness, Joel had a revelation…He decided to believe in himself. He thought that if getting into the accident was an unlikely thing to happen, but did, then why not challenge the unlikely possibility to walk again. 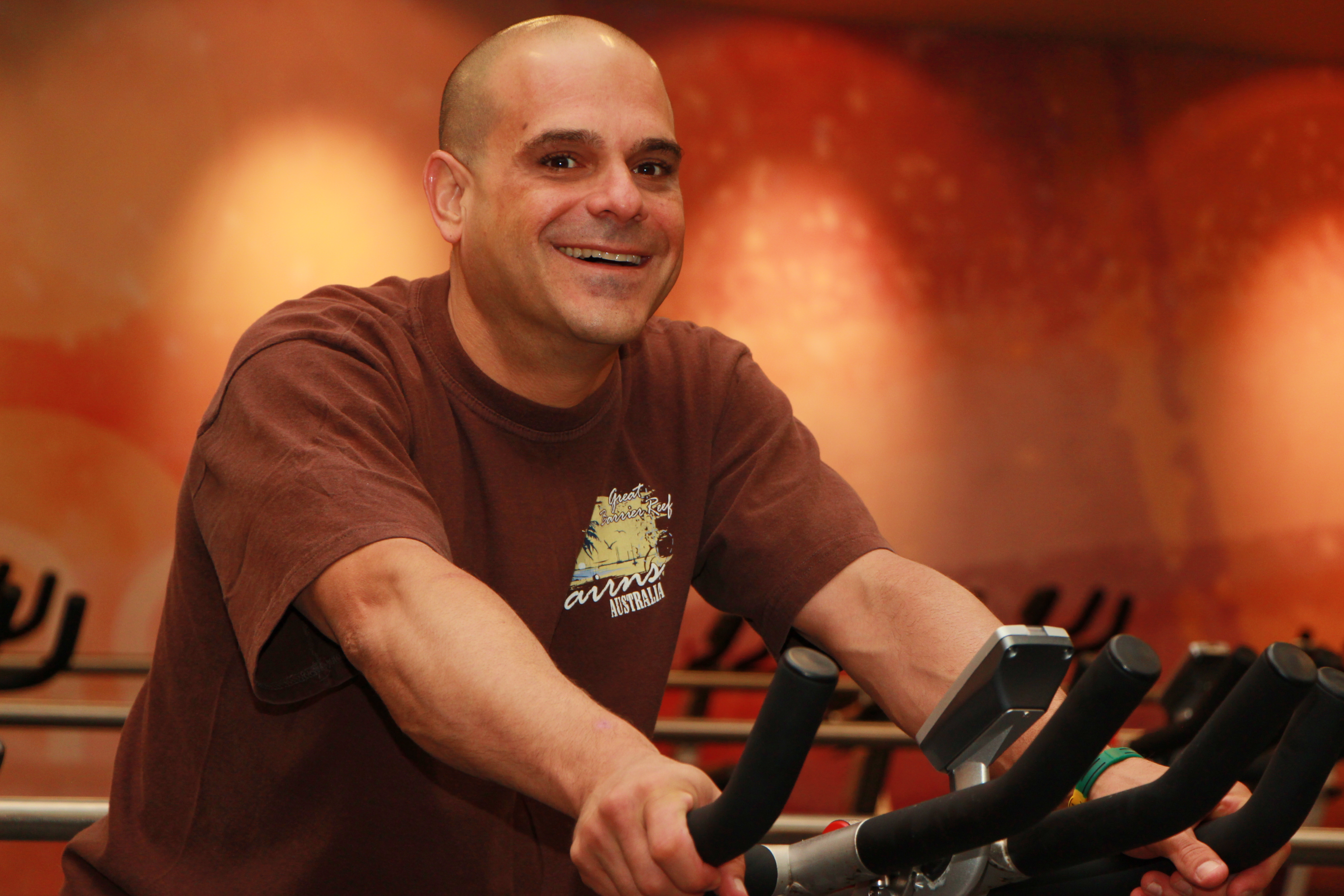 If you haven’t already, READ the first segment of his story find out more about the accident that lead to Joel’s paralysis, and how he made it this far: His Resolution…Walk Again—Joel’s REAL STORY

So, in addition to his normal swimming routine, which helped him lose weight and remain in good physical condition, Joel began to do strength training on both his upper and lower body.

He had an idea…He figured that if he could strengthen his legs enough, in combination with the weight that he had lost, he might be able to get on, and peddle, a bike. Thus, adding in another way to strengthen, and moreover, increase the endurance of his leg muscles. 20 years of not being able to use his legs left them weakened and in an atrophied state. This caused his leg muscles to fatigue from even minimal amounts of activity.

He put his theory to test and began a regimen of resistance training. After a few months of training, his theory proved correct.

Joel gained enough strength in his legs to get out of his wheelchair and up onto the bike in cycling class. He started by participating in about 20 or 30 minutes of the cycling class – a normal class is 55 minutes – in his first few weeks. Now, he is actually able to attend and complete an entire cycling class.

What does he think about the accomplishment?

Simply put, “It’s awesome!” He said with a smile.

“I am going to continue strengthening my legs and keep cycling and swimming, too. And the next thing I want to do is get on a treadmill,” Joel said. “I’m just really tired of sitting in this chair.”

Come back soon for next segment when we find out is Joel conquers his biggest challenge yet…walking on the treadmill.