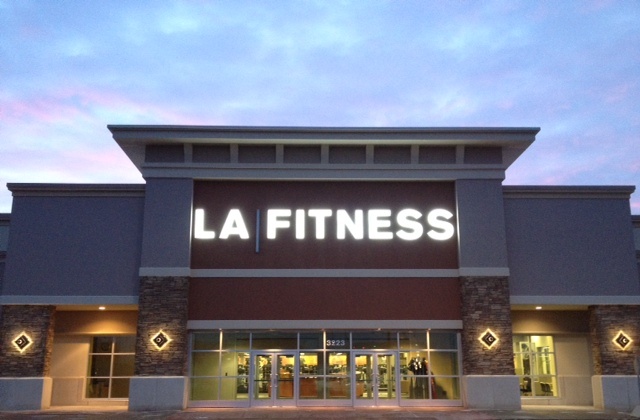 As Lori watched the exercise equipment being unloaded from trucks and into the newly built LA Fitness located near her home in Allen Park, Michigan, she felt it was a sign. For several years she had gained weight and knew that she had to do something about it, but there always ended up being a reason to put it off.  Another day, week and month would pass and it eventually added up to another year gone by without her having made any progress toward getting back to a healthy weight.

Lori had watched the progress as the club was being built because it is located in the shopping plaza that she and her family go to several times a week to buy groceries, clothes, school supplies and various other items. The fact that an LA Fitness club was being built at this location could not be any more convenient. She was confronted with the realization that if she could not commit to a healthier lifestyle now, then she might not ever do so. To Lori, each time she drove by LA Fitness it was as if someone was eliminating any of the excuses that she had left.

“It really was a sign to me when I saw the club being built that it was time for me to lose the weight,” said Lori. “We practically live in this shopping center because we are here so often, and it’s so close to our house.”

The decision was made! The day before the Allen Park club opened, Lori and her husband signed up to join, and Lori decided to enlist the help of personal trainer Terry Gilkey. When the club opened in January of 2012 Lori weighed 340 pounds with a goal to cut her weight in half and get down to 170 pounds. Lori recognized that she could not do this alone.

“I knew that to lose the weight and keep it off I needed help,” said Lori.

Help and encouragement is exactly what Terry gave her, and together they brought Lori’s weight down to 270 pounds by August of 2012. So, how did Lori lose 70 pounds so far? 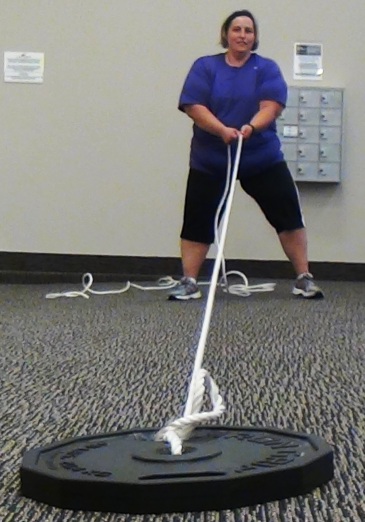 “For exercise I focus on cardio five days a week with weight training twice a week (with Terry),” said Lori. “I try to focus on burning about 800 calories a cardio session.  The same basic thing is what I plan on doing to lose the rest of the weight that I need to lose.  The plan really works if you follow it.”

Lori also made sure to focus on her diet and calorie intake. By tracking her calories and making sure she was burning more each day than she ate, she averaged about 10 pounds of weight loss each month.

“To lose the first 70 pounds I focused on my calories—eating 1500 a day—and making sure the calories I was getting were good calories and were keeping me full. Protein really is a big part, making sure I get good protein after a workout helps for sure.”

How will Lori lose 100 more pounds, and will she have any setbacks with her busy summer schedule and travel plans? Follow Lori’s story by signing up for our RSS feed or enter your email by clicking the FOLLOW button on the menu bar located on the right side of your screen.