Over Trained and Under Rested – The Burnout Factor 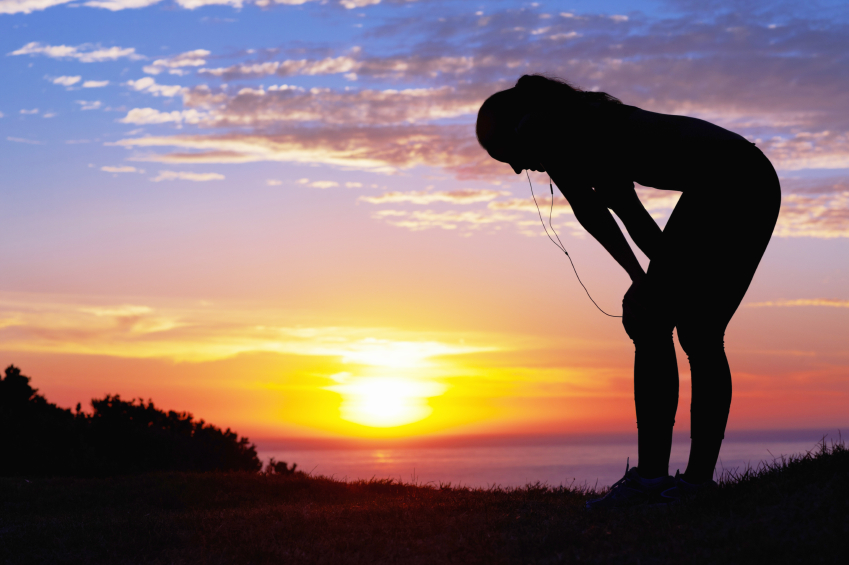 It starts one morning when your alarm goes off; you know you had a solid eight hours of sleep and yet you feel drained. Your body feels heavy and stiff. You feebly muster the energy to step out of bed. As your weight transfers to the soles of your feet the stiffness makes way to a feeling of soreness. The aches and pains feel as if they are surging from your feet to your glutes and all of the muscles in between. This morning’s run is going to be no less than an excruciating battle with your body and mind.

These are the signs of over training, and this is the wall that Katie and Justin ran into. Call it what you want—getting burnt, over trained, drained, spent—it all feels the same…mentally and physically you are exhausted.

“My knees were hurting and we were both just really tired,” said Justin about feeling burnt-out. “Both of our bodies were not wanting to run anymore, and we were mentally drained.”

It is a seemingly inevitable occurrence for those who train for endurance events to become over trained during the course of their conditioning. The physical demand of the conditioning process and the time consumed by your training program gradually adds up—taking a toll on your body and mind. It can be difficult to realize the signs of over training because aches and pains are all part of the process. But eventually you reach a point where your body cannot progress, and this is because it is overworked. It can no longer keep up with the recovery process. Additionally, the mindset of pushing yourself and working hard each day to progress is in direct opposition of acknowledging this reality, and it is hard to come to terms with the fact that you need to let your body rest.

So, what are the signs of over training?

Over training can cause a feeling of constant fatigue and an inability to feel awake and alert throughout the day. Irritability and sleeplessness are additional signs—this can also be exacerbated by the general fatigue caused from having a run-down body. You may find that lately you are short with the people who are around you and that you become easily bothered as a result of your fatigue. Finally, continuous soreness and stiffness of your muscles is another sign that have reached the point of over training. If your body is unable to repair itself, then the aches and pains will not go away like they used to.

“It did take a toll on my body and made me really tired,” said Katie. “This weekend, after our six-mile run, my knee started to hurt.”

The answer to over training is simple…you need to let your body rest and recover.

“We decided we needed to take a break,” said Justin. “We knew that if we kept running and didn’t take a break we would get more burnt out, or worse, and hurt ourselves.”

But one day of rest was not enough.

“After we took a day to rest, it was hard to motivate ourselves to start running again,” said Justin.

It is a battle of the mind and body, and Justin needed to listen to the signals that his body was giving him. Not only was his body still worn out, he was still mentally sapped as well. He needed to be reinvigorated.

“We were telling ourselves that we didn’t need to run anymore,” said Justin.

It was almost as if they had waited too long to let their bodies rest. They gave themselves some additional time to physically recover, and then began to work on getting back their mental focus and motivation.

“When we get like this we find a new route to run so we don’t think of it as running but exploring,” said Justin.

They also utilized their failsafe move…finding strength and motivation in each other. They mustered up the will to continue their conditioning for their half-marathon that is quickly approaching and returned to the running trails.

“I felt like I struggled more than Justin,” said Katie. “It must have been really hard for him (too), but it made a world of a difference for me having him next to me and telling me I am almost there.”

Katie and Justin are as focused as ever. Their knees are feeling better each day, and with the half-marathon just around the corner their anticipation is palpable. As they continue to run, they leave this bump in the road behind and take with them a valuable lesson. Come back next time to find out if Katie and Justin both cross the finish line in their next segment of REAL STORIES.