From a Walker, to a Cane, to a Golf Course in Six Weeks: How did Clay do It? 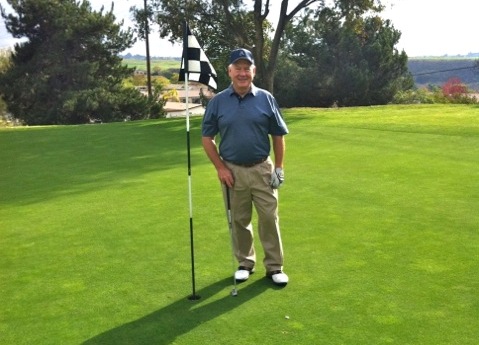 Clay’s doctor gave him the official “okay” to play golf, and it’s no surprise that Clay took that news straight to the nearest 18 holes that he could find. If you read our first segment, about “Clay’s Story,” then you already know he has an uncompromising will and determination, and he possess a laser-like focus on all things that provide hope.

Though this recent news is overwhelmingly positive, Clay is not quite ready for the ski slopes of Lake Tahoe—his primary goal is to participate in his annual ski trip in February—nonetheless this is a step in the right direction and his progress is ahead of schedule.

In regards to his first golf outing, Clay was given some limitations from his doctor for the time being: he is restricted to play only on executive courses—which are shorter than typical golf courses—and his doctor advises that one club he should not yet use is his driver. Still, this is nothing short of amazing, considering that only weeks ago Clay was using a walker after he underwent surgery to repair his left knee.

“The first time I walked (after his surgery) was with a walker; to be given a walker was 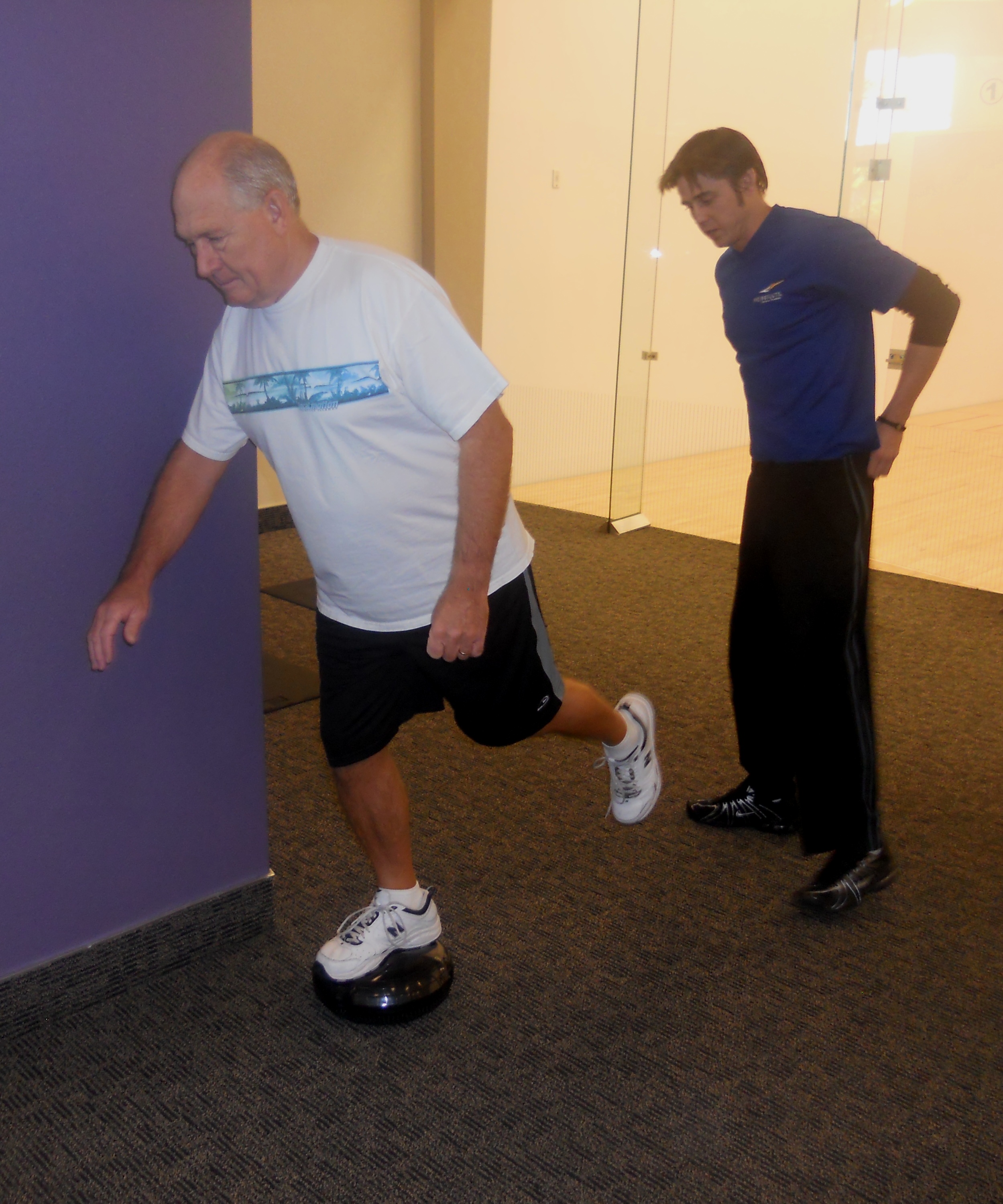 demoralizing,” said Clay. “My doctor said ‘you might be on a walker or crutches for six weeks,’ and after that I had to use a cane for needed balance.” In fact Clay says, he was told, it was possible he may need to use a walking apparatus for as long as six months.

Being confronted with pain, swelling and demoralizing news didn’t stop Clay. The day after he was released from the hospital Clay grabbed his walker, and with his wife Sharon, they walked for a quarter-of-a-mile along the sidewalk of his neighborhood.  Sure he was uncomfortable, but he was more uncomfortable with the idea of not living life on his terms.  “I’m not ready to not be active,” said Clay.

Two weeks after his surgery Clay was back  in the gym—with his wife Sharon, aka his “work out 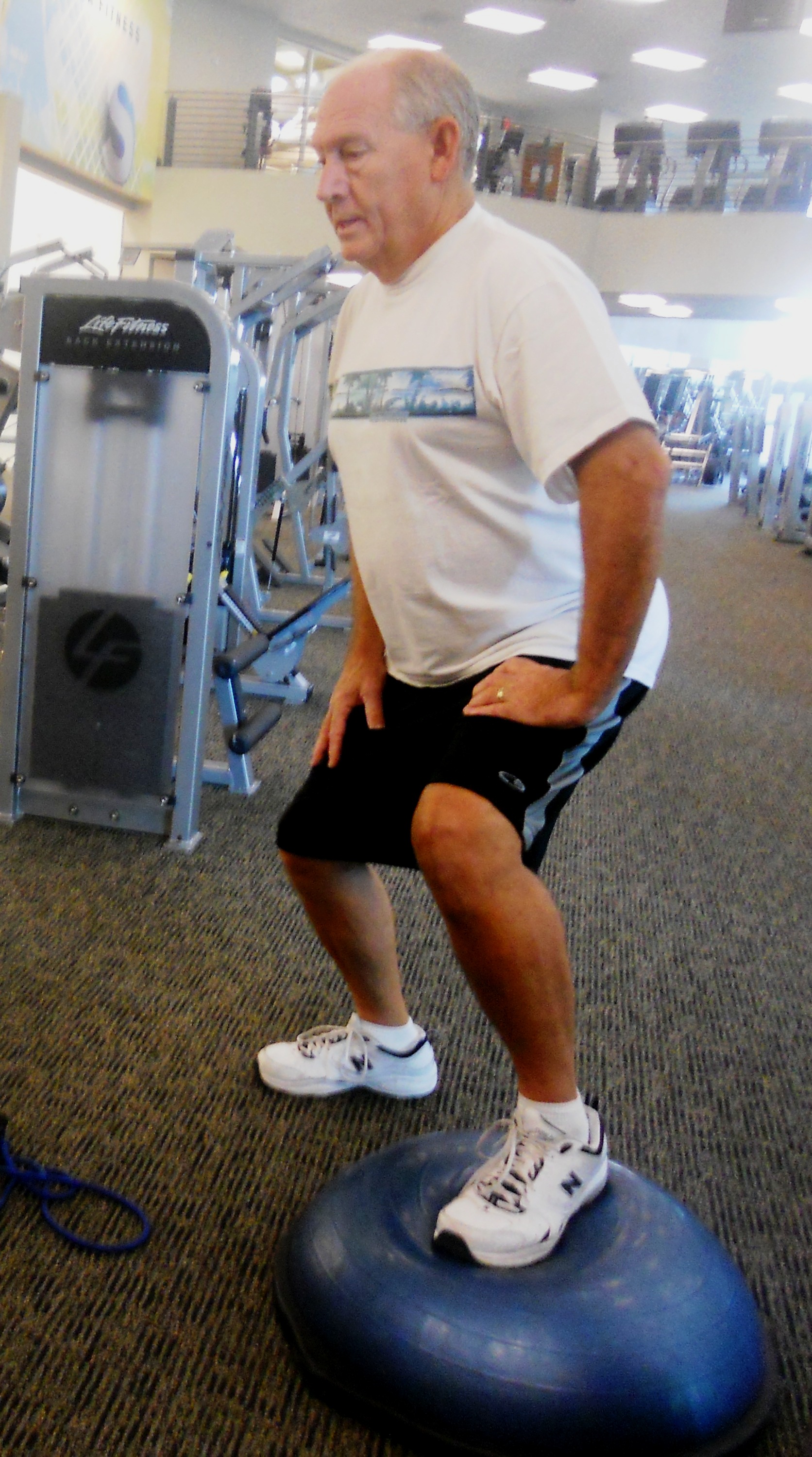 buddy”—and his personal training instructor Brandon Widner. Brandon’s program, for Clay, focuses on a steady progression of strength and stability exercises, which help increase the range-of-motion of Clay’s knee. They utilize a combination of exercises that involve both resistance—free weights and bands—as well as free-body balance exercises on a single leg or Bosu ball.

Each day Clay must do “homework” exercises, in addition to his work outs with Brandon, which he does twice-a-day. He also has to elevate his leg and ice his knee after each and every activity. This means that Clay ices his knee about five times per day, and subsequently goes through large quantities of ice—Sharon is actually known at her local grocery store, for buying so much ice, that the employees  joke with her anytime she is there to buy “actual” food or groceries.

All of his hard work—and money spent on ice—paid-off, and Clay is now able to do one of the things he loves…golf. 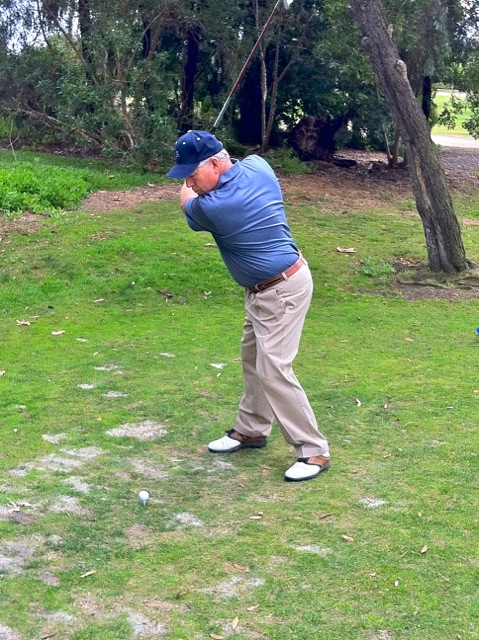 “I played my first, post surgery, golf yesterday and it was a very big day for me.  For one thing, it got me outside (which I love) and playing one of my favorite sports with a good friend,” said Clay. “More important, than that, was the fact that I was able to physically do it, and begin to play the game the way I did prior to the limitations of a bad knee.  It was so exciting for me, and incredibility encouraging, to experience the results of my commitment to surgery and rehabilitation.”

For his first round of golf, since his knee surgery, Clay shot a 64 on a par-56-course. “As the round progressed I continued to gain confidence in my knee and my swing,” Clay said. That confidence was evident when Clay shot a 2-over-par-29 for the final nine holes. It was a huge victory, to say the least, for Clay just to be out there on the golf course. Hitting only 2-over-par on the back nine was just the wonderful icing on an already really nice cake.

Come back next week to see how things get “windy” for Clay when he decides to take a last minute trip—Remember, the easiest way to follow our Blog is by subscribing to our RSS feed or click the “Follow” us via email button. 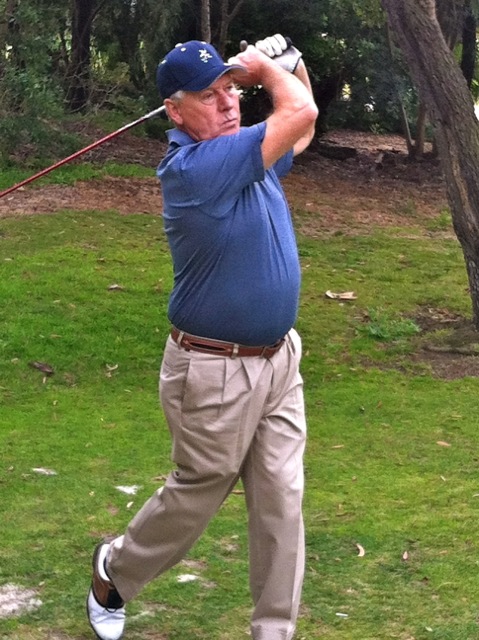