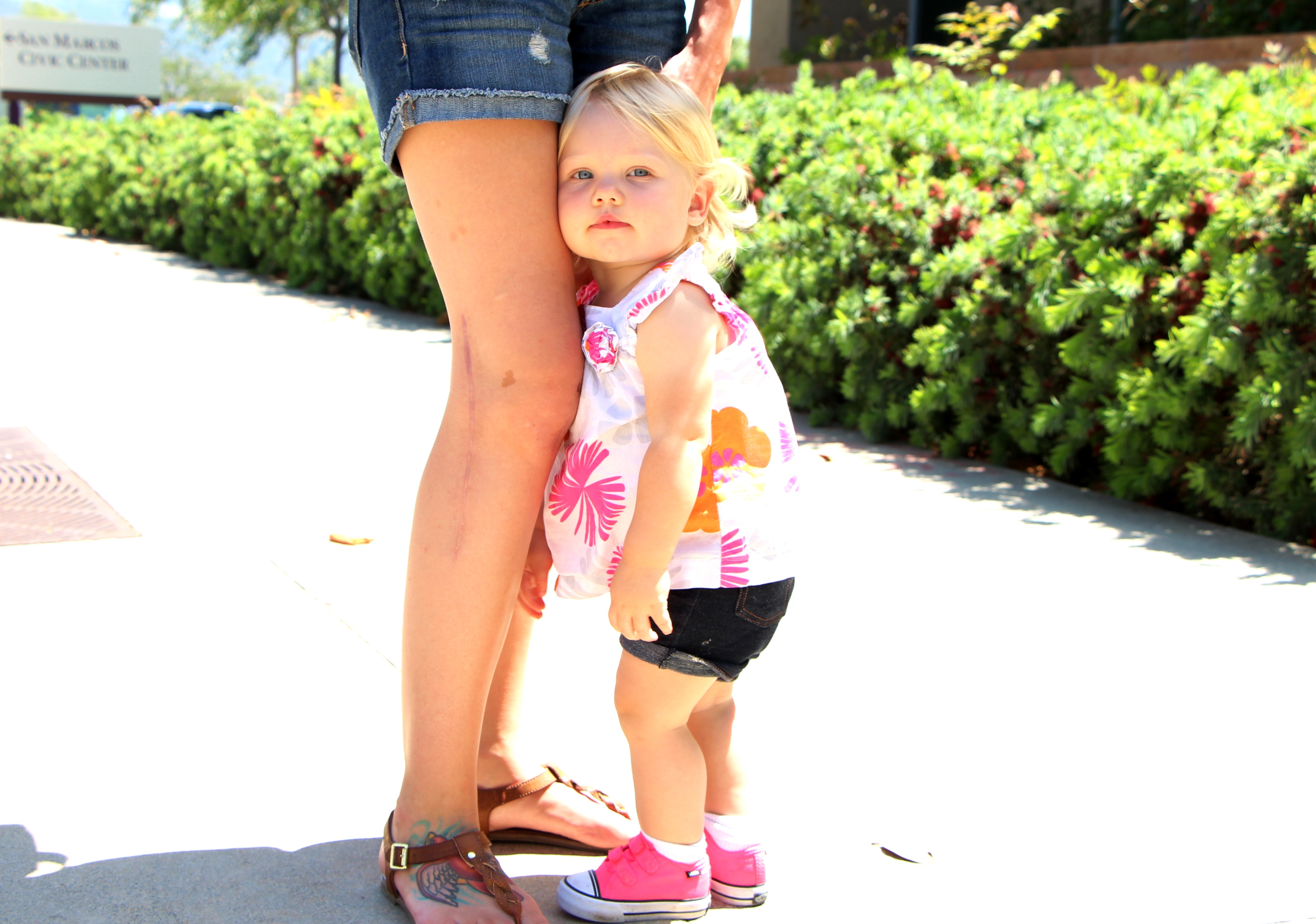 Just before her dirt-biking accident, which landed Chrissy in the hospital for major surgery on her knee, she was 12 pounds away from hitting her weight loss goal. Her determination was unwavering, and today Chrissy is back in the gym on a restricted exercise program. Oh yeah, and she has already surpassed her goal by three pounds.

So how did she do it? 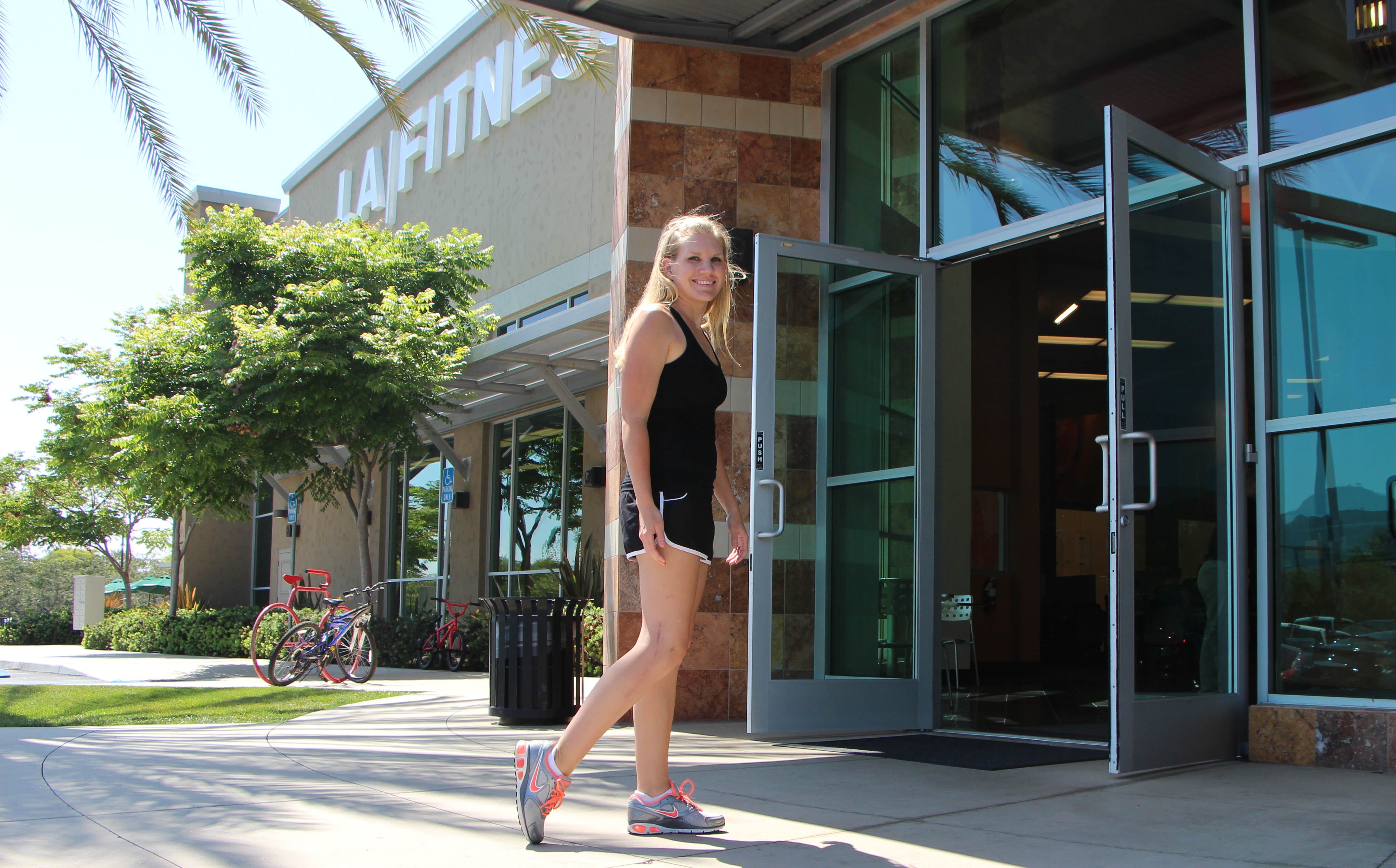 Well, it is a pretty simple formula actually. Chrissy knew that her movement was going to be very limited for the first few months, which meant she was going to burn fewer calories. So, Chrissy reduced the amount of food she ate, and the total amount of calories.

Okay, so the formula may be simple…executing it though is not so easy. That takes some tenacity.

Luckily, tenacity is something Chrissy has in large supply. She is not the type of person who is comfortable sitting around and waiting for things to happen; she wanted to be on her feet as soon as possible. So every time her doctor lifted a restriction, Chrissy jumped at the opportunity to be more active—Okay, so there was no jumping yet, but you get the point.

First there was physical therapy and moving around with the use of crutches. Then she was able to walk for exercise and use an elliptical cardio machine at a moderate pace.

“I couldn’t really do any lower body exercises, but I did make use of the elliptical I have at home,” Chrissy said. “It is really hard to have the motivation though after a long day at work; I am usually pretty tired by then.”

Let’s not forget that a large part of why she is tired is because her body is still healing. Recovering from an injury of this magnitude is a long and exhausting process in-and-of-itself, and Chrissy still has many more months to endure before she is fully healed.

She still walks with a quite noticeable limp, and though it may get better, there is a good chance she will have a limp in her step for the rest of her life.

“Knowing that my leg will never be the same again, and knowing I will have arthritis in it for the rest of my life is frustrating,” Chrissy said. “It is sometimes difficult for me to accept. Overall I feel good though, and I can’t complain too much because my knee has come a LONG way since the surgery!”

Even though her progress has been overwhelmingly positive, there is a good chance she will need another surgery, and Chrissy still has more work to do if she is going to continue to improve.

“I saw my doctor the other day and it was a good visit,” Chrissy said. “He did x-rays and the bones looked great according to him. He checked my ligaments and he said that they are really loose, so he wants me to build my muscles in my right leg to try and avoid surgery. If I don’t work out, I will have to get surgery. Thank goodness for my gym membership! “

Chrissy is bound and determined. She was even able to surpass her weight loss goal in spite of a devastating setback. Now, her best chance to avoid another surgery is to strengthen her knee, and so Chrissy’s story continues…

Follow Chrissy’s story to find out if and how she is able to strengthen her knee and what that will mean for her future? CLICK HERE and we will show you how to effortlessly receive our stories as soon as they post!

And don’t forget to lend a word or two of support for Chrissy in our COMMENTS section below, or share your own personal triumphs!