13.1 Miles Away and 6 Pounds to Go, Joey’s Goals Meet the Flu Season 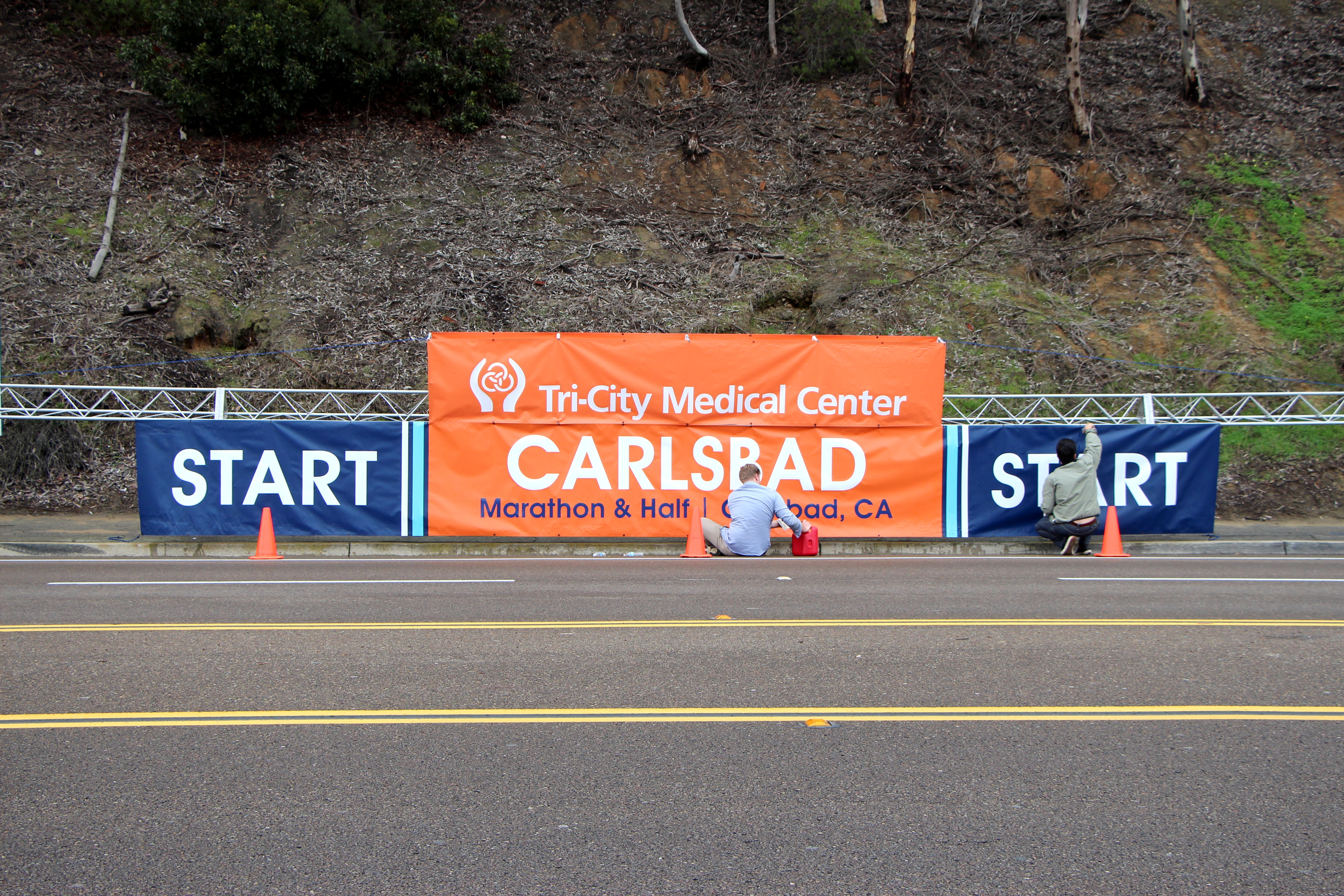 Joey fell ill with cold and flu-like symptoms just days before the Carlsbad Half Marathon, and she was incredibly concerned about whether or not she would be able to participate in the run. It was to be her first half marathon, and she had less than a week to recover. After training for months, it would be absolutely heartbreaking if her illness prevented her from completing this part of her goal.

“Oh man my stamina was shot that week; I had a great run and then bam!  I was in bed Monday and Tuesday all day,” said Joey.

All the Hard Work and Training…

A few months ago, during her first few weeks training for the Carlsbad Half Marathon, Joey could only run about a mile or two before she was completely spent. After slowly building her mileage and pace, she systematically prepared her body for the 13.1 mile endeavor.

“The last four months have been great,” said Joey. Other than the week I was sick, I was so excited about the race. I was running longer than I ever have before, and now running 8 miles is a piece-of-cake. A few years ago I never would have imagined that I would be a person who thought 8 miles was not that long!”

Just days before she fell ill, Joey completed a 12 mile practice run; just 1.1 miles shy of the distance she would have to cover in the half marathon. Joey was ready; she knew she would be able to cross the finish line come race-day.  All of her hard work and training had paid off.

Except that her training couldn’t prevent her from getting sick the week before running the Carlsbad Half Marathon.

So the next day Joey headed to her doctor to see what the prognosis was for her health…and for the race.

“My doctor said as long as I feel well there was no reason for me not to run,” said Joey.  “I was feeling much better, and things were all going in the right direction for the race on Sunday.”

So the outlook was promising; Joey would get as much rest as possible in hopes that she would be healthy enough to run the Carlsbad Half Marathon.

When Joey arrived at the starting area for the Carlsbad Half Marathon it was still dark outside. The rainy and cold morning air was uncommon for the San Diego area even in the middle of January. It was not the best of conditions for a half marathon; wet shoes and long distance runs are a recipe for blisters. And it probably goes without mentioning that cold and wet conditions are not considered ideal for someone who is just getting over being sick.

In the midst of the rain, the cold and sub-par health it was finally time to approach the starting line as day broke slowly behind stubborn grey rain clouds. Joey’s energy seemed to elevate the closer she got to the start, and before she knew it she was off and running…And running quite fast considering her normal pace.

Too much, too soon?

Starting distance races at a pace that is too fast is a common mistake for new runners. It is easy to get caught up in the excitement, adrenalin and pace of the crowd. Her goal was to complete the race in about two and a half hours; a pace that is closer to 11 minutes and 30 seconds per mile. At 9 minutes and 30 seconds a mile Joey was running at a pace that she could not sustain if she didn’t soon make an adjustment. It could have been a costly mistake for Joey. But…

“My stamina felt shockingly great so I just went with it,” said Joey. “Then, around mile 4, both knees started hurting. I had not had knee pain since September, but I had a running support brace on just in case. Luckily I was able to push through the pain. Both knees continued hurting from mile 4 to 8, and I had to stop and stretch a few times, as well as slow down to a very slow jog.”

Joey just kept going…all the way to the finish line

“When I saw the mile 12 marker a new energy emerged and I began to sprint the last mile,” said Joey.   “What a great feeling it was to pass the finish line and know that I did it even under less than perfect circumstances!”

So, what’s next for Joey?

“Now, I am considering what my next challenge will be,” said Joey. “I weigh 171 pounds right now; about 6 pounds from my original goal. But I have decided that since 165 pounds is looking so attainable to stretch my goal 13 more pounds. This would put me at 158 pounds, which is 100 less than what I weighed when I gave birth to my son two years ago this May!”

Keep your eye out for Joey’s next update, and other great REAL STORIES by following LIVING HEALTHY. For more inspiring REAL STORIES and helpful TOP TIPS every week, CLICK HERE to learn how you can instantly receive each article as soon as they are published! 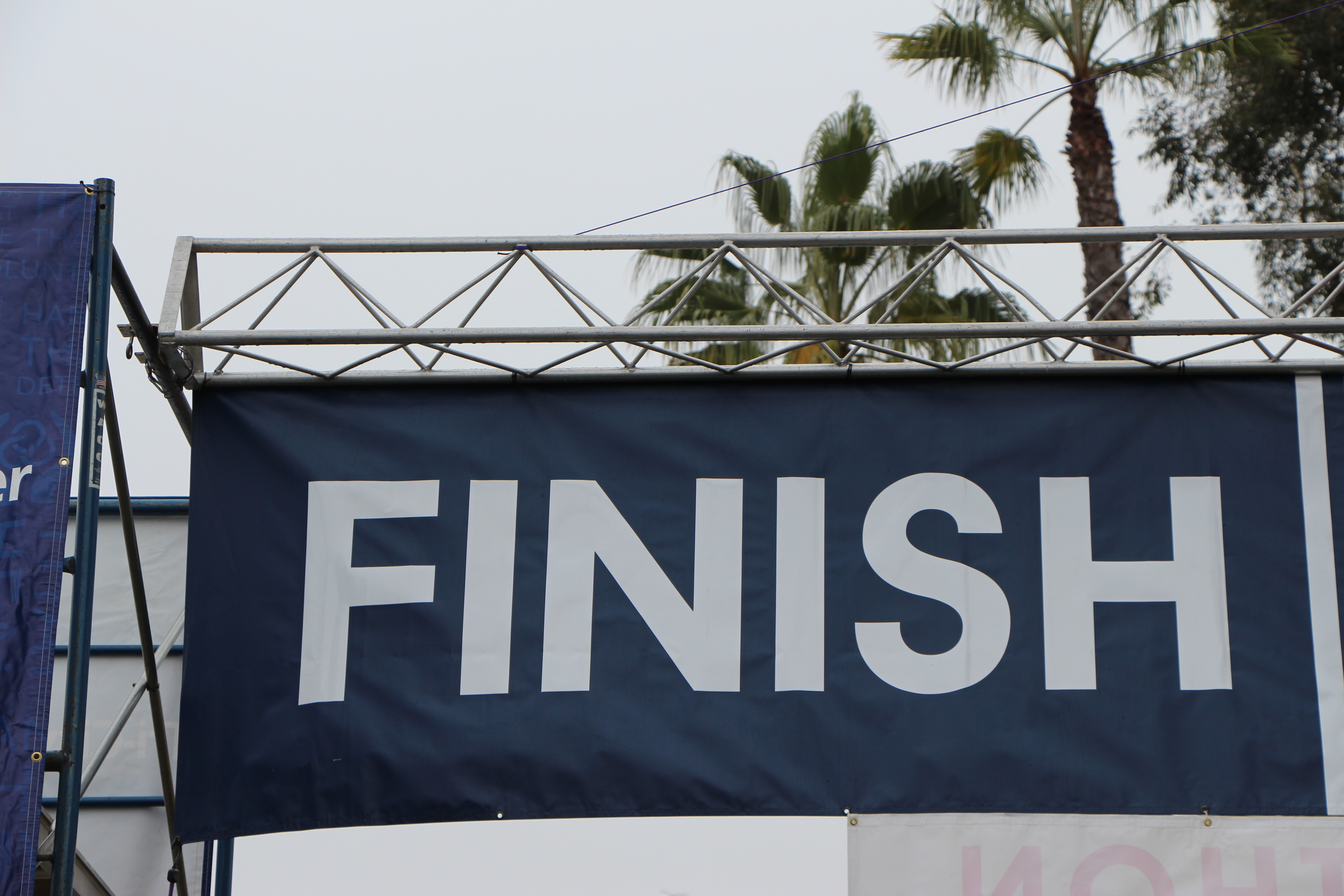