Pre Race Jitters and Preparation – The Half Marathon (Part I) 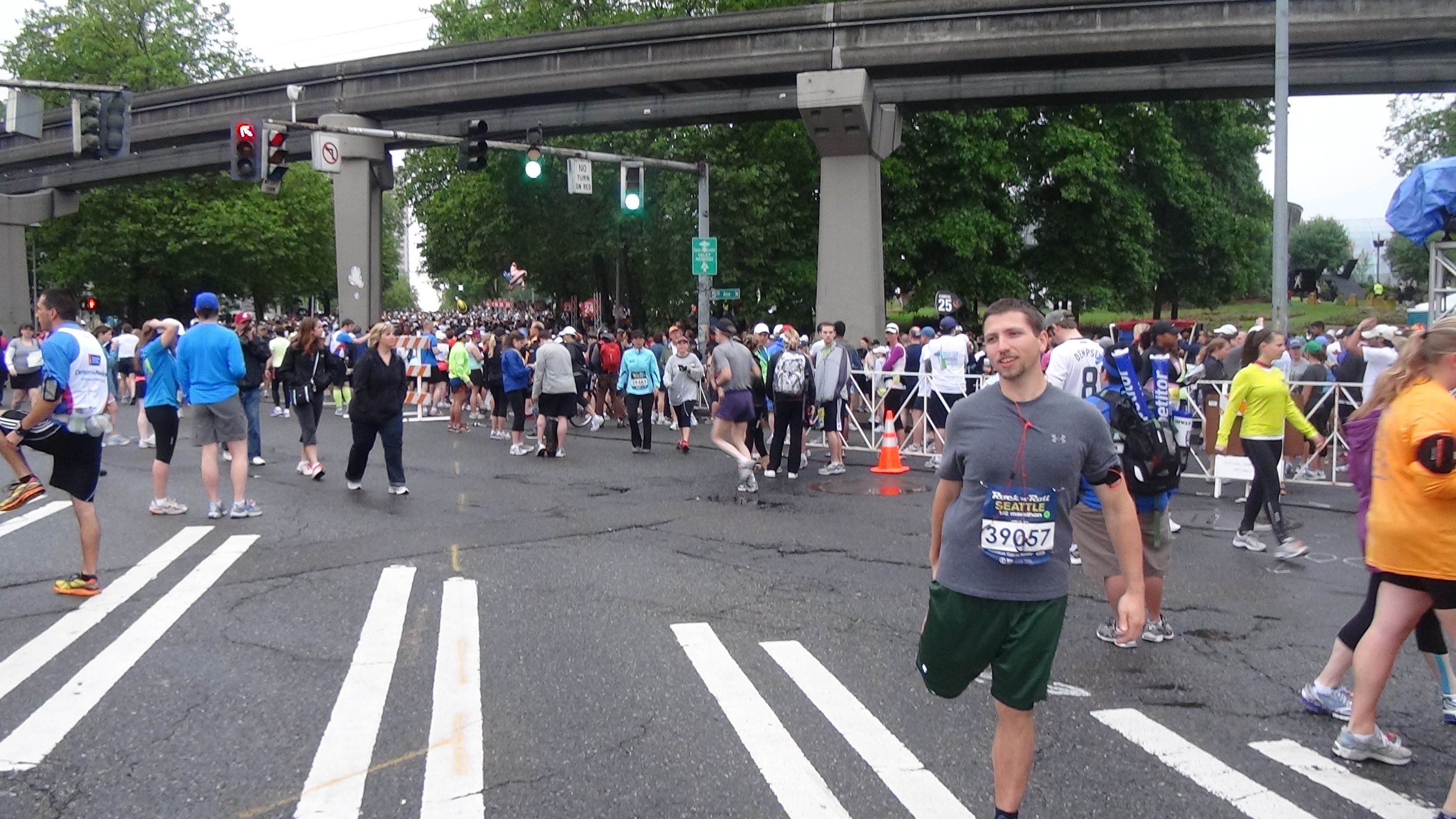 It’s ALIVE…with undeniable energy. When you walk over to the reception and expo area of the half marathon there is an incredible energy. There is a feeling of anticipation and pride among the participants and spectators alike. Events like half marathons offer a unique opportunity where amateurs and enthusiasts rub shoulders with professional athletes and even get to participate in the same sport, on the same day, on the same platform—in this case, it’s a race course.

For Justin Leone and Katie Sherry, this is their first half marathon and the road to this day was long one. Today is the culmination of months of hard work. Conditioning to run a half marathon is a combination of relentless training, discipline, patience and the occasional setback. Setbacks are something that you have to be prepared for, and it is imperative that you are able to get past them both mentally and physically. Justin and Katie’s half marathon was put in jeopardy when they experienced the “burnout factor” just a couple of weeks before the day of their half marathon; their bodies hurt, their knees ached and they were mentally and physically fatigued.

But Justin and Katie pressed on, and they fought through the pain. They supported and motivated each other when they needed to most in order to make it to the day of the race.

The week of the race…

A week before the event they began tapering down their training and loading up on carbohydrates. Reaching their goal now seemed very real and just within their reach. With so much time and energy invested, Justin and Katie were feeling anxious, and Katie was still feeling some pain in her knee from her injury.

“It was a little rough for me mentally because I wanted to be running and doing stuff, but with my knee (injury) it was kind of discouraging,” said Katie. “It was hard to know if it’s better to be running a little bit, or to keep resting it.”

“When you say ‘half marathon race,’ you build it up in your mind as a huge mountain to climb, you just get nervous, and you’re like…‘am I going to do well, am I going to fail?,’” said Justin.

The day before the race…

With her knee still hurting, Katie found herself battling some worries and concerns the day before the half marathon.  The race was at the forefront of her mind.

“I was nervous from the buildup of it. You do so much training for it…weeks of it,” said Katie. “I have never really been a runner, and I really wanted to run the whole thing, but sometimes things happen…my knee was bothering me and I was worried it might be a factor.”

The day before particularly long endurance events it is best to take it easy and stay off of your feet to conserve your energy for the race.

“It was a rest day except for that Katie needed to test out her new knee brace,” said Justin. “And it was raining so it was a good test to see if we could run in the rain because there was a chance of rain (the day of the race).”

With “the burnout factor” behind them they are anxious and ready to take on the 13.1 mile course that lies in front of them.

Come back next Monday for “Part II” as we follow Justin and Katie’s half marathon experience from start to the 13.1 mile finish.